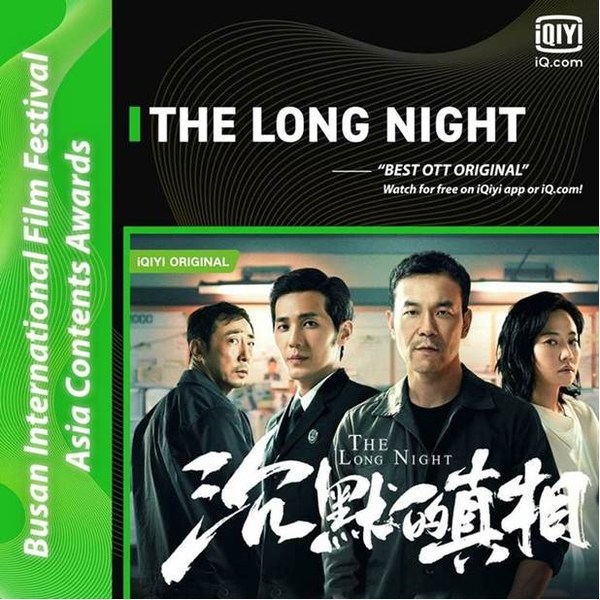 The news follows the recent announcement the ‘Light On’ series’ return after one year, and the introduction of 4 new ‘Light On’ series – The Pavilion, Who is The Murderer, Gold Panning, and Wisher – for viewers around the world. 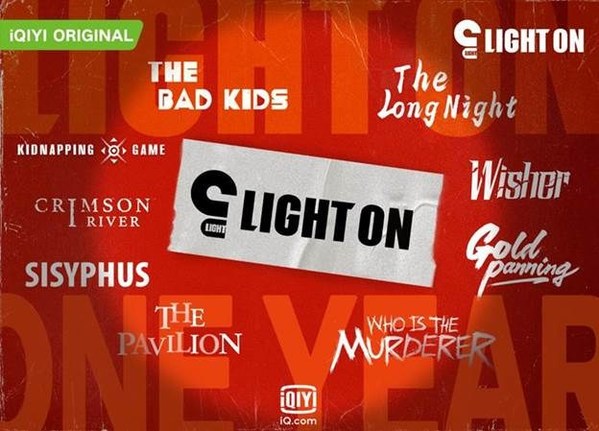 Dai Ying, iQIYI Senior Vice President and Chief Producer of the ‘Light On’ series said, "I would like to thank the ACA for its affirmation and encouragement towards iQIYI’s original content. I would also like to thank our excellent production team. The worldwide recognition that The Long Night has received is a testament of the incredible support we have from audiences around the world. As the ‘Light On’ series returns with four new suspense series, we’d like to invite everyone to enjoy the return of the series with us."

Presented by BIFF in 2019, the Asia Contents Awards celebrated its 3rd edition in 2021 to recognize outstanding content in the Asian film and TV industry. At last year’s ACA, iQIYI’s Original ‘Light On’ series The Bad Kids won the ‘Best Creative’ award, representing a new milestone for Chinese content going global. This year, another iQIYI ‘Light On’ series, The Long Night, won the ‘Best OTT Original’ honor. The series was also nominated for ‘Best Creative’, ‘Best OTT Original series’, ‘Creative Beyond Border’, ‘Best Writer’ (Liu Guoqing), and ‘Best Actor’ (Bai Yu) categories, which marks an international recognition for iQIYI’s original productions. In addition, Song Jia won the ‘Best Actress’ prize for her performance in A Love for Dilemma, a family-focused series co-produced by iQIYI.  Her natural but engaging acting style created a convincing character and made a lasting impression on the viewers.

iQIYI’s ‘Light On’ series, a major installment in iQIYI’s endeavors in the suspense genre, bought the industry and public many surprises in 2020 and has become a significant feat in the development of Chinese entertainment through its global distribution achievements. As the last suspense drama of iQIYI’s ‘Light On’ series in 2020, The Long Night became the top-rated series produced in China of the year for its dedication to high-quality production and the value it places on justice. Till now, the series has been successfully distributed in overseas markets including Japan, South Korea, Singapore, and Australia, and was widely praised by international viewers and media.

Apart from the ‘Light On’ series, iQIYI is dedicated to the creation of multilingual and original pan-Asian content. On 11 October, iQIYI unveiled its latest international slate including four new Korean original productions, two Philippines Originals along with new exclusive content from Thailand and Malaysia at this year’s Asian Contents and Film Market. In addition to expanding the iQIYI content library, these titles will further enrich iQIYI’s global content selection and provide iQIYI’s international users with a diverse content experience that represents the multiculturalism in Asia.