LIMASSOL, Cyprus, April 30, 2022 /PRNewswire/ — These days, InstaForex celebrates its 15th anniversary. Shortly after its foundation in 2007, the international broker signed a cooperation agreement with MetaQuotes Software, an industry leader in online trading software. 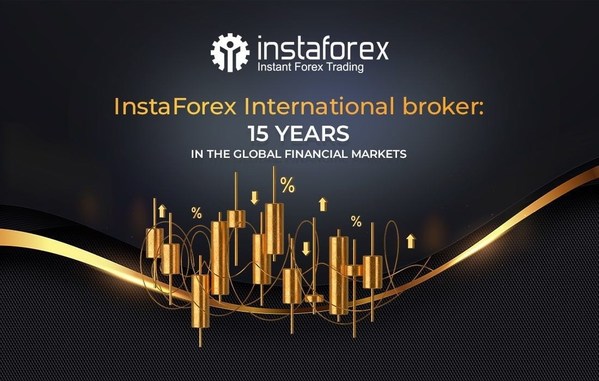 InstaForex is chosen by millions of traders from around the world

Since then, InstaForex has grown not just into a reliable broker providing access to all global financial markets but also a progressive fintech company. The brand has chosen innovation as its top priority.

InstaForex was one of the first brokers to introduce trust management technologies and give its clients an opportunity to copy trades of successful traders. The company also developed its own services – PAMM and ForexCopy systems.

The company continues to expand its services worldwide. Nowadays, InstaForex has representative offices all across the globe and works with traders from all over the world. Its clients have already opened more than 7 million trading accounts.

Favorable trading conditions are not the only thing that makes the broker so popular. InstaForex also provides one of the best bonus programs in the market and holds various contests and giveaways on a regular basis.

Along with public recognition, InstaForex has a high-performance rating. It has won prestigious awards and has been recognized as the best broker in Asia, Eastern Europe, and the CIS multiple times.

Being selected as the Most Active Broker in Asia by AtoZ Markets Forex Awards and the Best Affiliate Program by UK-based Global Brands Magazine are among the broker’s latest achievements.

Over the years, InstaForex has cooperated with many world-famous sports stars, including? Norwegian biathlete Ole Einar Bjørndalen, tennis players Victoria Azarenka and Daria Kasatkina and many other athletes.

In addition, InstaForex is the title sponsor of InstaForex Loprais Team, a well-known rally crew, which once again proves that the company strives to be the best at everything. The broker always makes every effort to meet the highest quality standards both in terms of trading conditions and customer services.