SINGAPORE, Feb. 9, 2022 /PRNewswire/ — The inaugural Commonwealth Esports Championships and Commonwealth Esports Forum will be staged in Birmingham, England this summer. The Championships is a tangible result of the Strategic Partnership between the Global Esports Federation and the Commonwealth Games Federation, announced in May 2020. The new competition in Birmingham will be supported by the British Esports Association, the not-for-profit national body established in 2016 to promote esports in the UK, increase its level of awareness, improve standards and inspire future talent. 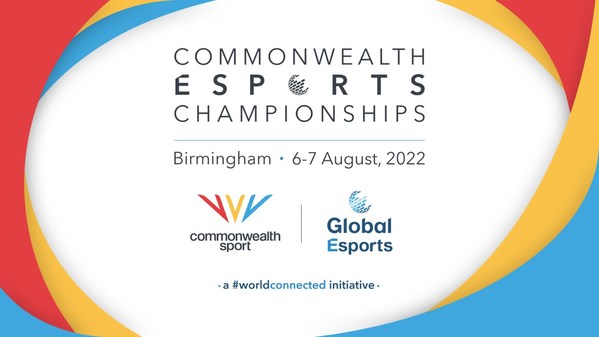 The Commonwealth Esports Championships will feature esports athletes from across the Commonwealth. Renowned multi-genre global titles are in the final stages of confirmation and will be announced shortly. The event is set to feature exciting demonstrations showcasing Active Esports and the powerful technologies that support the convergence of sport and esports.

"We are proud to establish yet another first for the world’s esports community. The inaugural Commonwealth Esports Championships comes hot on the heels of the first-ever Singapore 2021 Global Esports Games staged in December 2021, capturing more than 500 million views from around the world. The Commonwealth Esports Championships offers our community another exciting event in the global esports calendar. We look forward to welcoming the esports community to Birmingham in August," said Chris Chan, President of the Global Esports Federation.

The event is supported by the Business and Tourism Programme (BATP), which aims to maximise the economic legacy of the Birmingham 2022 Commonwealth Games, as well as the regional economic development agency, the West Midlands Growth Company, which drives long-term tourism, investment, and major events into the region.

Exploring esports is one of the recommendations outlined in the new Commonwealth Sport 2026/30 Strategic Roadmap. The aspiration is that the innovative inaugural event will engage new audiences, showcase the digital and gaming credentials of the West Midlands and enable the Commonwealth Sport Movement to further explore the impact and potential of esports as part of the roadmap.

Download full media release with quotes from the organisers, facts about the Commonwealth and esports, and visual assets here.