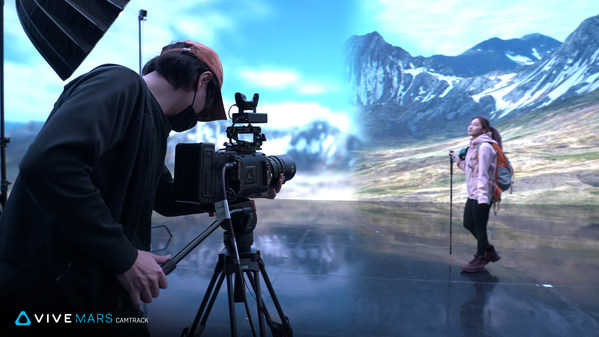 "Virtual production is the future of content creation," said Raymond Pao, SVP Business Solutions at HTC VIVE. "It lets filmmakers unleash their imagination, beyond the constraints of our physical environment. With Mars, HTC has applied its years of experience developing VR tech to the world of virtual production. Film professionals no longer need to balance time, cost, and quality. Now, their virtual production setup can fit into a backpack and deliver professional-grade results."

"Virtual production opens creative opportunities to filmmakers and storytellers to explore new approaches in productions with solutions like VIVE Mars CamTrack," said Jim Geduldick, Director, Virtual Production & SVP Dimension Studio N.A. "Time saved in pre-production and on-set because of the robustness of the Mars system will make it a sought-after tool in any virtual production project. Being able to have a small footprint tracking system that can travel in a small production case with features like Genlock sync, camera and lens calibration, multi-camera support and its integration into Unreal Engine via LiveLink provides a solution the virtual production community has been needing."

"Up until recently, the resource-intensive nature of virtual production was one of the biggest issues preventing its widespread adoption," said Norman Wang, CEO of Glassbox Technologies. "We have collaborated with HTC VIVE since day one to streamline virtual production and we believe VIVE Mars CamTrack to be a major step in the right direction." Glassbox’s upcoming release of the DragonFly virtual camera system will ship with support for VIVE Mars CamTrack.

The benefits of virtual production go beyond its convenience and cost savings. In addition to empowering filmmakers to realize their creative vision more fully, virtual production is also more environmentally friendly than traditional methods. The traditional production process generates a significant carbon footprint – including transporting cast and crew to locations around the world, building and powering sets, and eventually disposing of unneeded props and other materials. By leveraging virtual production, the creative industry plays an active role in environmental sustainability.