QINGDAO, China, Dec. 16, 2021 /PRNewswire/ — In recent years, an increasing number of consumers consider Laser TV to provide better viewing experiences and higher image solutions. According to the latest report from Market Watch, the Laser TV Market Size is expected to grow from 952 million USD in 2020 to 22760 million USD by 2026, Laser TV has led the large screen TV trends and become one of the most popular TV categories recently. 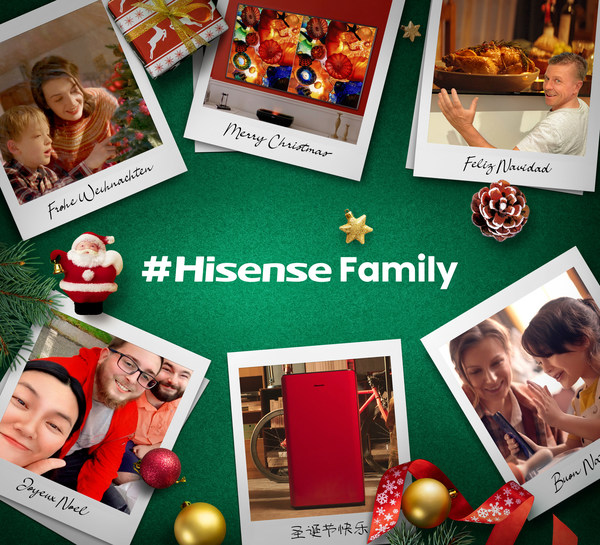 Hisense aims to provide a more sedate viewing experience, enabling consumers never to miss any impressive moment when watching TV. To achieve that, Hisense Laser TV has been deepened in several technical aspects. In terms of color expressiveness, 100-inch TriChroma Laser TV, Hisense achieved 107% of the ultra-high-definition color gamut standard BT.2020, equivalent to 151% of the DCI-P3 movie color standard, surpassing high-end cinema by 50%; at the same time, Hisense Laser TV has an ALR Daylight screen with ultra-high brightness of more than 350nit, with strong resistance to light, even during the daytime, without drawing the curtains, lights would not affect the picture quality. From brightness and viewing experience, Hisense continues to optimize Laser TV technology to offer a perfect cinema-level experience to consumers.

In addition, Hisense Laser TV offers the ultimate cinema audio-visual experience, but as part of the home design, it can bring a more contemporary sense to home design. Laser TV console and screen are separate; the Laser console is small in size, light in weight, no matter the overall design of the home is minimalist or retro style, Laser TV can be perfectly integrated; More than that, the power consumption of Laser TV is only about 1 / 3 of that of LCD TV with the same screen size, which meets the pursuit of environmentally friendly living concept.

Since 2007, Hisense has been committed to Laser TV technology. After years of innovation, Hisense Laser TV has entered key markets such as the United States, Australia, South Africa, Dubai, and Europe and has been praised and supported by various industries, partners, and consumers.

Recently, Best Buy, a home appliance retail giant in the U.S., made additional orders for Hisense Laser TVs within 20 days and introduced it as the main high-end TV product in December for both online and offline channels. A U.S. consumer who purchased a Hisense Laser TV at Best Buy gave the product a 5-star review and commented: The brightness and color performance of this huge 120-inch screen is outstanding. So whether you are watching TV, movies, or playing games, you can get the ultimate immersive experience.

Besides receiving recognition from consumers and partners, Hisense Laser TV has also received praise and professional recognition one after another from world-class media outlets.

Forbes, the world’s leading media outlet, after reviewing Hisense Laser TV, considered that the technology is beyond imagination and the price-performance is excellent, among which the power-saving feature will become the core competitiveness of Hisense TV in the future; Unbox Therapy, the leading YouTuber with 11.8 million followers, after a hands-on experience with Hisense Laser TV, considers that the TV provides consumers with a super immersive movie-watching experience and grandly recommends Hisense Laser TV to consumers who want to get a movie theater experience up close and have a bigger TV. Value Electronics, a US-based professional media, has named Hisense Laser TV as the "King of Laser Ultra Short Throw Products" in 2021 after a series of professional and rigorous tests. The U.S. professional review site ProjectorReview also released a review and awarded Hisense Laser TV the "Best in Class" TV.

With years of deep devotion to TV display technology, Hisense became more well-known and gained more loyal consumers. The Hisense Family Campaign launched by Hisense’s social media accounts in November sparked participation from consumers worldwide. To express our gratefulness to global consumers for their support, Hisense will be on the screen of Times Square in New York with consumers at the end of the year, showcasing Hisense’s love and thankfulness to consumers.

2021 is the year Hisense Laser TV has gained brilliant achievements, reflecting the recognition and support of consumers and the industry for Laser TV, both in terms of product reputation and sales. In the future, Hisense will continue its effort to strengthen technology and bring state-of-art TVs and home appliances to consumers worldwide to become the most reliable and trustworthy brand in the world.