April Fools day is always something to look forward to especially those who are in the tech space, not because of product launches but rather the different funny and sometimes deceiving April Fools gags that some tech companies roll out. Leading the charge in getting its users into the spirit of April Fools Day is Google.

Every year Google releases several videos and sometimes additions to their existing products to add spice to it. This year Google did it again with the roll out of some of their April Fools Gags. Here are some of the April Fools “pranks” which Google recently revealed.

2. GBoard – a revolutionary keyboard that makes prints on the keys obsolete, with the use of machine learning GBoard can recognize scribbles.                  3. Google Rebranded in Australia as Googz – since they are using Googz already in the land down under why not go ahead and rebrand the company right?
4. Bad Joke Detector – with their goal to give you more storage the guys at Files Go created an update that will remove any bad joke that you received.

5. Find Wally – perhaps the biggest revision in the Google product for this years April Fools day is the integration of the Where is Wally / Waldo game. Just simply head on over to https://www.google.com/maps Once there, wait for Waldo to appear at the left side of your screen then click on him. 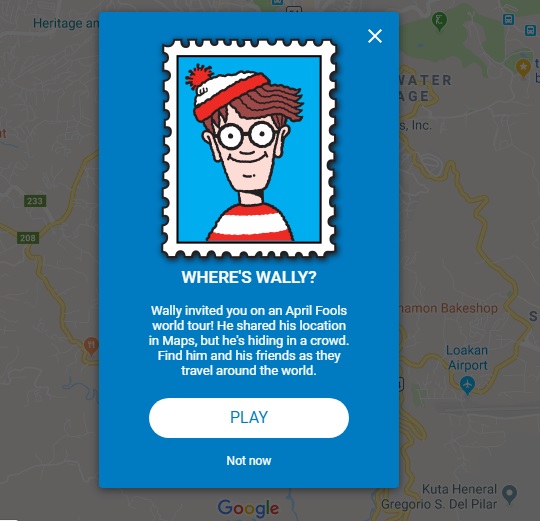 So what’s your favorite Google prank this April Fools 2018? We’d like to hear from you via the comment section below.

Trading crypto on Binance? There will be a system upgrade