SINGAPORE, June 13, 2022 /PRNewswire/ — The Global Esports Federation has confirmed Dubai as the host city for the GEF’s flagship Global Esports Games 2025, while the GEF delegation, led by CEO, Paul J. Foster, was at the Season 2022 LIVE kick-off of the Global Esports Tour, staged at the Dubai World Trade Centre from June 9-11. 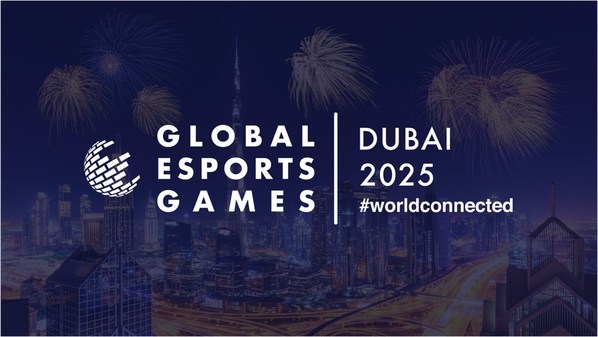 The landmark announcement was made in the presence Abdulla Al Gurg, Vice-President of Emirates Esports, Chair of GEF Digital Transformation Commission and Founder of Esports Management Group (EMG), the Secretary-General, Saeed Al Taher, and Board Members of Emirates Esports, in front of a capacity crowd at the GET Dubai.

The GEF delegation, comprising GEF Vice-President, HRH Prince Faisal bin Bandar bin Sultan Al Saud; GEF Board Members, Adrian Lismore and Hala Ghandour; as well as Alper Afshin Özdemir, President of the Turkish Esports Federation; and Paulo Ribas, President of the Brazil Esports Federation, attended a series of meetings and events in the United Arab Emirates as Dubai was confirmed as the host for the GEG 2025.

"Congratulations Dubai and the people of the United Arab Emirates. The Global Esports Federation is delighted to confirm Dubai as the host of our global flagship property – the Global Esports Games – in December 2025. Once again, the eyes of the world, the energy, and passion of our #worldconnected community will light up Dubai, the UAE, and the region," expressed Chris Chan, President of the GEF.

"We are excited to see the incredible progress since our signing of a Strategic Framework Agreement with Emirates Esports at Expo 2020 Dubai last November, to unlock opportunities and develop esports in the region. The world will once again unite in Dubai with the city confirmed to host the Global Esports Games in 2025," said Paul J. Foster, CEO of the GEF.

"The whole world knows that Dubai is a great host and offers an epic world-class setting. We can’t wait to see athletes from across the world – standing on center stage at the GEF Arena in December 2025 – as they compete for the glory of their home country flag, the fans at home and in the stands, and the chance to show the world their many skills, talents, their personal journey and desire to compete," he added.