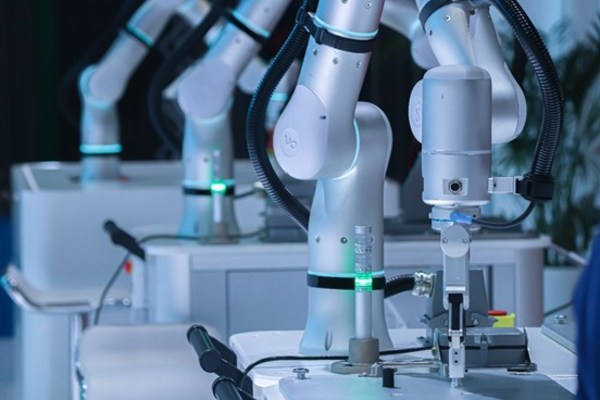 "The strategic funding from leading companies and funds in various industries will mainly be used for mass production and marketing, new market development, and cutting-edge R&D. We will continue focusing on automation transformation of the manufacturing industry, while exploring new applications in a broader range of industries including services, agriculture, logistics, medical care, and so on. With business opportunities from new investors that cover almost every industry, we will be able to develop and refine our products and robot AI in a diversity of real application scenarios, which greatly benefits our development of the most advanced general intelligence and robotics technology," said Shiquan Wang, co-founder and CEO of Flexiv.

Flexiv Ltd. is a world leading general-purpose robotics company that focuses on developing the best human-inspired robotics and AI technologies and applying them across all industries. Four years after its founding, Flexiv has completed its core hardware and software products development with over 100 technical patents submitted, and has validated its primary business model, now becomes ready for further business expansion.

In 2019, Flexiv completed its series A+ with accumulated funding of 22m USD. In April 2019, Flexiv officially launched its first product, the world’s first adaptive robot Rizon. In 2020, Rizon received global recognition for its design and product value by winning both the iF Design Award and German Innovation Award. The company has manufactured over 100 adaptive robots and developed a number of reliable and unique industrial applications after dedicating tremendous amount of time and resources in product verification and iterative optimization in the fields.

With its state-of-the-art technology and highly cost-effective solutions, Flexiv has received repurchase orders from several renowned clients in the automotive, 3C electronics, and Internet industries across China, North America, Europe, and South Korea.

Flexiv’s earliest investor, Richard Lim, Managing Director of GSR, said: "Flexiv’s breakthroughs in cutting-edge technologies for general robotics has pushed the boundaries of industrial automation and intelligence. The team has great industry perspectives and research capabilities. We are delighted to have worked together with Flexiv when they were initially founded at Stanford University and look forward to supporting their efforts to make intelligent robotics an integral part in different industries."

"Flexiv developed adaptive robots with sophisticated force control system and cutting-edge AI technology that mimic human behavior, bringing the versatility and intelligence of robots to a whole new level. Notably, Flexiv has now achieved mass production and successfully validated its customer value and core business model. We believe that Flexiv’s products will bring unique value to a much broader range of application scenarios, and effectively accelerate the transformation and automation in different industries," said Bin Yue, the founding partner of Gaorong Capital.

In addition, research results from Flexiv’s AI team have been published in top-notch academic journals such as Nature-machine intelligence and Engineering where the concept of general-purpose intelligent agent system has been defined for the first time and have broken world records of different benchmarks in multiple AI-related fields for 18 times.

"I’m very pleased to see that Flexiv has paved a unique path of robotic hardware and software technologies to bring the capability of force control robots to real world applications. The Rizon robot, which establishes an effective fusion of advanced force control and cutting-edge algorithms, represents a major milestone for future robotics development," commented by Oussama Khatib, Chair of IFRR and director of the Stanford Robotics Lab.

Flexiv Ltd. is a global leading general-purpose robotics company, focusing on developing and manufacturing adaptive robots which integrate industrial-grade force control, computer vision and AI technologies. The company provides innovative turnkey solutions and services based on Flexiv robotic systems to customers in a variety of industries. Founded in 2016, Flexiv has established offices in Silicon Valley, Shanghai, Beijing, Shenzhen, and Foshan.