Manila, Philippines (15th December 2014) — ASUS Republic of Gamers, in partnership with leading graphics provider, Nvidia, had a successful participation in the TheNet.Com’s gaming event, The Grand Finale 2014, held last December 13 and 14 at the SM North Annex Cyberzone. The ASUS booth showcased the latest technologies in PC gaming and computing, and allowed gamers to enjoy recent demanding games with available high-end setups. ASUS also gave away prizes for gamers participating in the gaming events inside the booth. Participants were also educated about the cost-efficiency of having a graphics card as opposed to that of having none, with a display incorporating the differences in performance between the two. 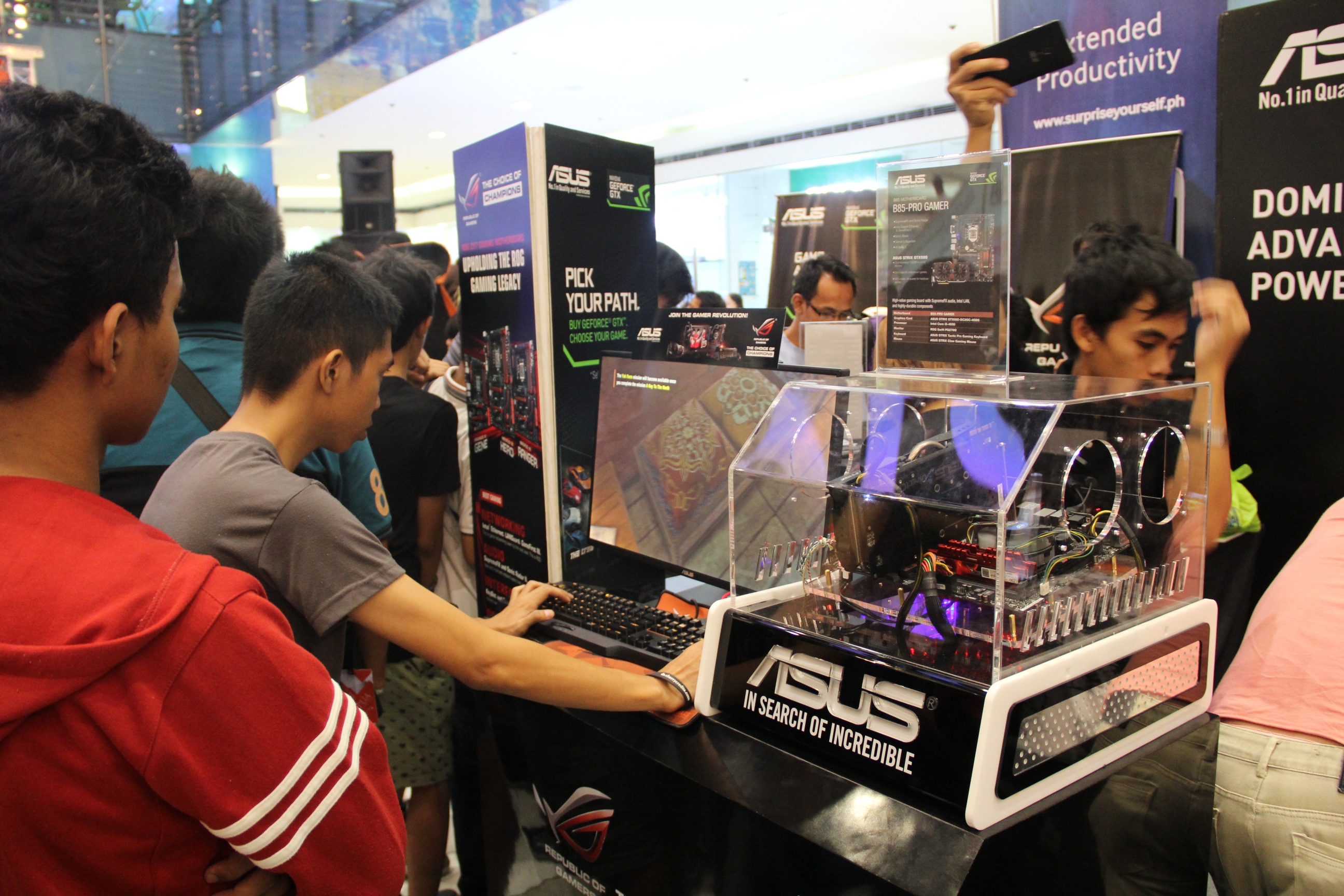 Part of what was focused in the activities in the ROG booth was that of the recently launched Gamer series of motherboards. The Gamer line was just introduced earlier this year and it is targeted on mainstream gamers.

The booth in the event displayed a B85-Pro Gamer, a competitively priced gaming motherboard packed with features that enhance the user’s gaming experience. The motherboard has a built-in SupremeFX audio solution which delivers unprecedented gaming audio, complimented by the Sonic Radar feature, providing users an intuitive display of in-game audio.

As with all ASUS motherboards, the B85-Pro Gamer also comes with premium quality components, ensuring above standard quality and enhancing the product’s lifespan.

The Strix series is ASUS’ new line of graphics cards and peripherals with the goal of providing gamers with superior performance enhanced with unique features. Displayed inside the booth were Strix headsets, keyboards, and mice, all of which were available for gamers to try and test.

A popular line of graphics cards, the ASUS Strix provides a silent and passive solution to gamers without sacrificing performance. The Strix has a 0dB feature that silences the fans even while playing games, watching movies, and doing work, provided that it still hasn’t reached a certain temperature. 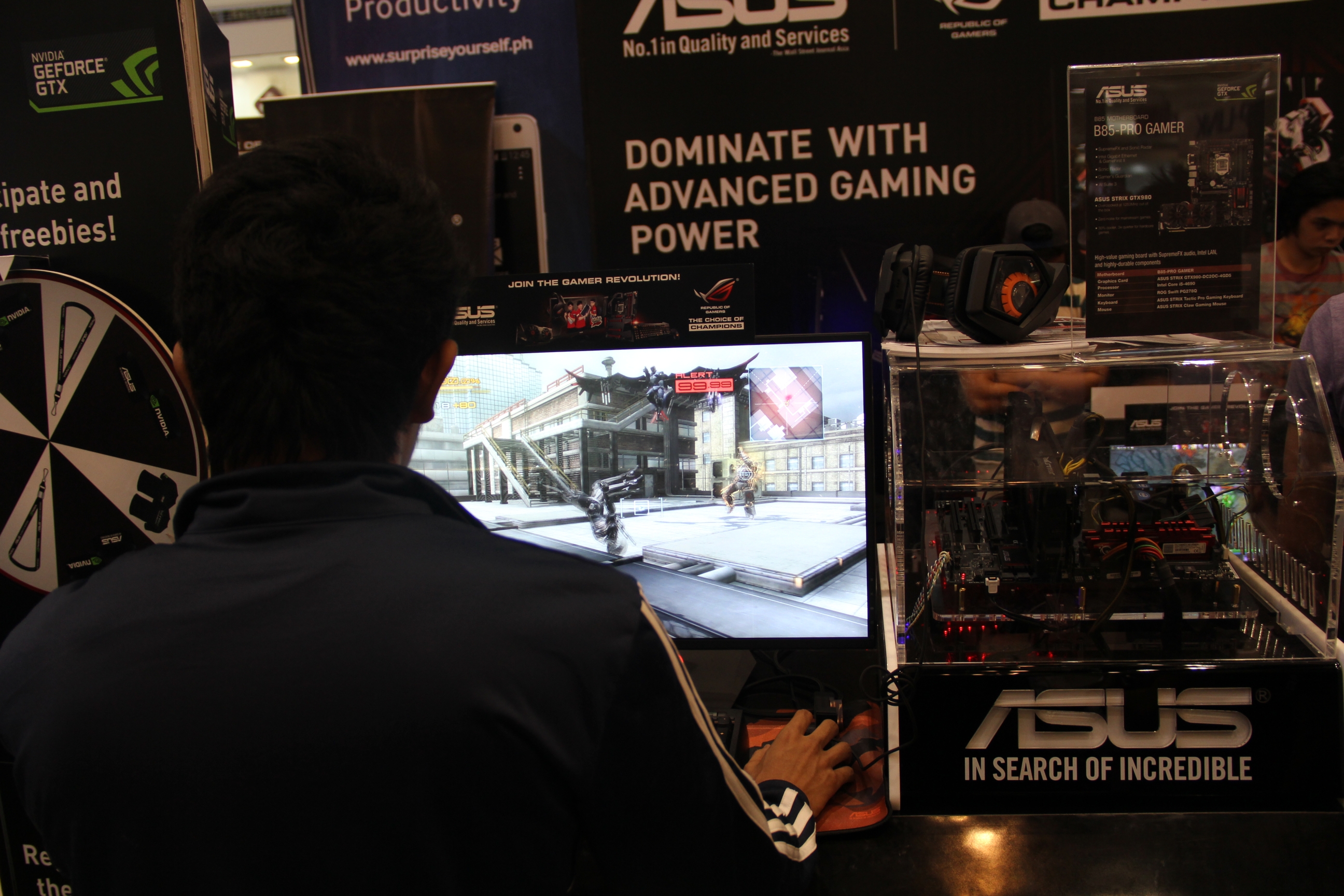 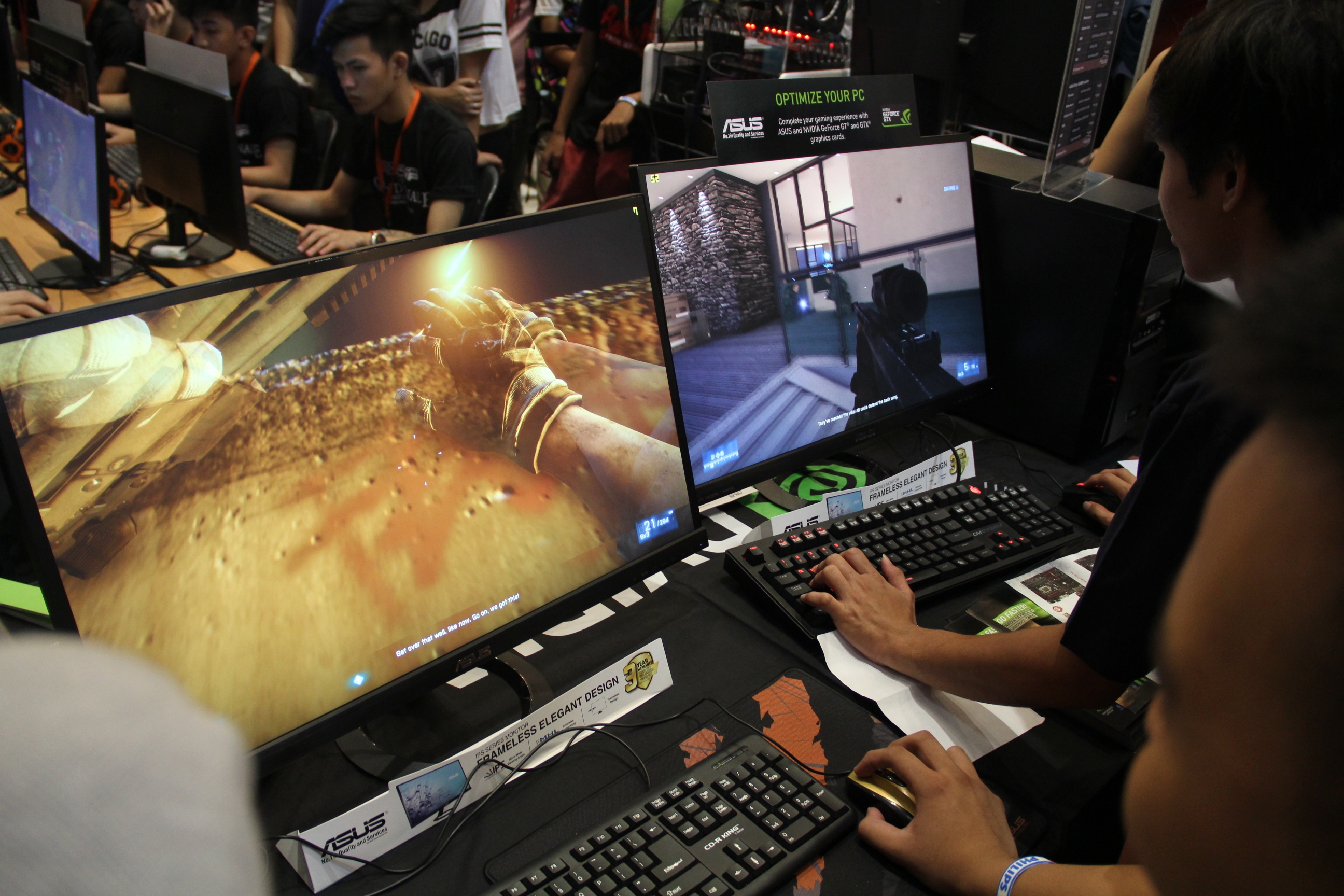