BEIJING, Sept. 26, 2020 /PRNewswire/ — The IoT is the third technological revolution after computers and the Internet, connecting all surroundings in a shared environment to accomplish anthropomorphic perception and exchange of information. Cisco predicts that 50 billion IoT devices will be put into use by 2020, signaling the arrival of a fully intelligent era. By investing in RoboSense, a LiDAR solution provider with a foothold in IoT, and Yunding, an intelligent home platform using IoT technologies, Fosun RZ Capital helps industries become more digitalized faster pace to create a more accurate IoT. 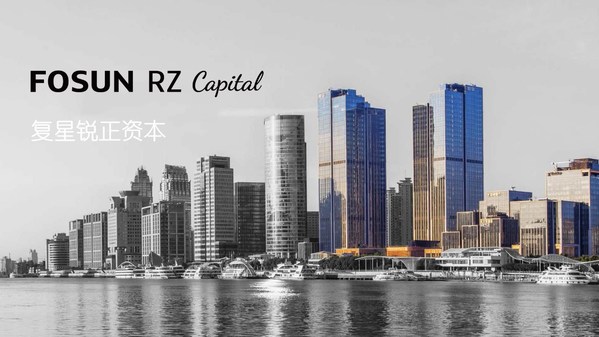 "The Chinese IoT market is expected to witness significant growth with the CAGR of approximately 22.7% during the forecast period", according to the China IoT Market 2019-2025.(1) China made the "development of the Internet of Vehicles" a priority in 2017. Such action boosted the continuous innovation and improvement of AI and intelligent technology projects, one of which is auto-driving cars. LiDAR nowadays has become an indispensable sensor on most RoboTaxis, a leading product of auto-driving cars. RoboSense, invested by Fosun RZ Capital, seized the opportunity of the fast development of LiDAR, provides its LiDAR solutions for autonomous driving to many of the world’s leading enterprises. On September 17, RoboSense worked with Alibaba, a global leader in information system technology, and helped its DAMO Academy launch its first driverless terminal product, "Xiaomanlv,"(2)(3) creating a new wave in the logistics robot market. In addition to facilitating large-scale commercial use for last-mile delivery and commercial scenarios, RoboSense will seize every opportunity to upgrade its technologies so that robots and AI can be put into more practical use.

Nowadays, the IoT has long become an essential indicator of a country’s innovation capacity and industrial competitiveness. The explosive development of AI, 5G, IoT, along with the falling costs of core component accelerated the penetration of IoT. From keys to fingerprints, the changing forms of door lock signify the arrival of "intelligent life." Yunding has been carrying out technology innovation to offer the industry the most comprehensive intelligent lock detection solution. With the demand for rental apartments soaring, smart door locks have also become a necessity. Experiments prove that the "little black box," which is said to be able to unlock many electronic locks, cannot break Yunding’s locks, even with a high level of electromagnetic pulse attack for 3 seconds, proving Loock locks are convenient and safe. As for apartment operation, intelligent technologies can reduce people’s pressure on management while lowering operating costs. So far, Yunding has supplied products to more than 500 apartments, including over 80% of the top 100 apartment brands. Yunding also owns a 60% share in the intelligent lock market. Recently, Yunding has joined hands with industry leaders, including Xiaomi Security, Alibaba Cloud, Goodix, Silicon Labs, and Future Technology, to build an intelligent lock security laboratory to achieve information exchange among different brands. And to better serve the 8.5 million Yunding users. (4)

Fosun RZ Capital is vigorously exploring the IoT to create an innovative ecology for the technology industry. Research has shown that, by 2020, the digital world will capture 44 trillion gigabytes of data from the surroundings. In this contemporary digital world, innovative technologies provide data support and numerous interconnected devices for the IoT, changing people’s lifestyles in all aspects. Fosun RZ Capital will continue to focus on technology investments to boost IoT development and collaborate with brilliant companies worldwide to empower and share growth.