BEIJING, June 17, 2021 /PRNewswire/ — Venturous Group, China’s first Citytech™ Group, closed its Series A investment round at the end of Q1, raising US$131 million. Due to strong investor demand, the company increased the round from the original target of US$80 million, making it the biggest Series A in Asia in the Citytech sector. Investors include first-round Alibaba investor and Venturous Group Founder, Mr. Benson Tam, Fidelity China Special Situations PLC and several high-profile tech family offices, such as that of Mr. Savio Kwan, Alibaba’s first COO, and other prominent families from Hong Kong, Singapore, Europe and the U.S. 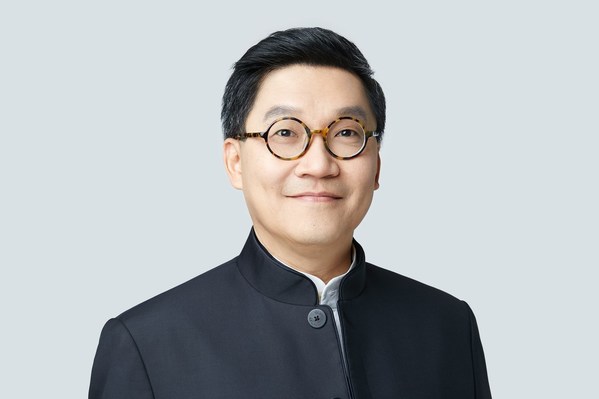 Mr. Benson Tam says: "Smart Citytech is the biggest emerging market opportunity we have ever seen. City Internet is the third-generation Internet and has 10 times the potential of Mobile Internet. From Smart Energy, Smart Buildings, Smart Automation, Smart Health, Smart Finance and beyond, applying Deep Tech, like Artificial Intelligence, Internet of Things and Big Data, will truly transform the future of city living."

In China, Venturous Group’s home market, urbanization is forecast to increase from 64% to 80%, adding 230 million residents to city mega-clusters over the next two decades. To meet this and other city-related challenges, China is piloting Smart City development programs in more than 800 cities – more than half of the total smart cities around the world.

One of Venturous’ anchor investors, Mr. Dale Nicholls, Portfolio Manager of Fidelity China Special Situations PLC, says: "China is leading the way in developing Smart Cities and the integration of related technologies. In light of the nation’s rising urbanization, this makes sense. Given the breadth and depth of the technology and digital infrastructure deployed, I expect to see further investment opportunities related to Smart Cities."

Deep Tech to Create the Future of City Living

Smart Citytech will be critical to create metropolitan areas that are more liveable, sustainable and productive. As an investor, business builder and operator of Smart City infrastructure data-technology services companies in China, Venturous supports this development through Deep Tech.

Mr. Benson Tam adds: "For investors, Venturous represents a one-stop platform for all things Citytech. It’s an early entry ticket into the Citytech ecosystem, including partnership and co-investment opportunities: we already have three core investments and four ecosystem investments on our balance sheet. Our corporate structure suits a long-term investment horizon and removes the pressure to monetize underlying investments in a set timeframe. It also provides investors with exit optionality through our future IPO."

Investing in Business for Good

With 7 billion people expected to live in cities by 2050, urban areas are increasingly under pressure, with significant global consequences: 70% of all carbon dioxide emissions and one-third of all waste are generated by cities.

Venturous’ objective is not only to create value for shareholders, but also to create a better future for all. Reducing building energy consumption is key to achieving China’s goal of carbon neutrality by 2060. Tianjin Anjie IoT Science and Technology company, Venturous’ biggest holding, helps its building customers save 15% to 30% on energy consumption through Smart Energy AIoT solutions. With such technology it is possible to significantly reduce the carbon footprint.

Mr. Benson Tam continues: "I’ve reached a time in my life when I want to leave a legacy and help make the world a little better – not only for my daughter, but for all young people. Globally, buildings use 30% of the world’s energy and contribute 40% of global carbon dioxide emissions. Just in China’s larger cities with a population of more than one million, Smart Energy and Smart Building solutions alone could reduce carbon dioxide emissions by at least 33 to 66 million tonnes annually. That’s the amount of carbon dioxide sequestered by 3.3 to 6.6 billion trees per year. So Smart Citytech will be good for business, but it will be even better for the planet."

Join us for the virtual event "Smart Citytech™ Investments in China"

Venturous Group is China’s first Citytech™ Group. Powering Smart City economies, it is an investor, business builder and operator of Smart City infrastructure data-technology services companies. Creating value by transforming the future of city living, Venturous leverages the latest deep Citytech, strategic partnerships and digital transformation to make cities more liveable, sustainable and productive, in China and beyond. The Group’s corporate structure allows for venture capital, private equity, pre-IPO deals, M&A, co-investments, incubation, strategic partnerships and joint ventures, and it has its own IPO on the horizon. Venturous Group was founded in 2019, emerging from the single-family office of its principal, Mr. Benson Tam. It has 14 employees across its offices in Beijing, Hong Kong and Singapore.

Mr. Benson Tam is Founder and Chairman of Venturous Group, but also its biggest shareholder with a US$50 million Series A investment. As a top private equity investor in Asia for 30 years, and a former Founding Partner of Fidelity Growth Partners Asia, Benson was involved in the first Nasdaq Chinese IPO, invention of the VIE structure and is a first-round Alibaba investor. He also invested early and repeatedly into other "Super-Unicorns" like AsiaInfo and WuXi AppTec. His VC/PE career started with Hellman & Friedman in Hong Kong in 1992. In 2013, he started his single-family office Venturous, which evolved into Venturous Group in 2019. For the past 20 years, Benson has been based in Beijing.

Fidelity China Special Situations PLC invested US$35 million in Series A. It is the UK’s largest China Investment Trust, with a market capitalization of US$3.0 billion, listed on the London stock exchange. In the financial year ending on 31 March 2021, Fidelity China Special Situations PLC recorded a total return of 97%, delivering more than three times the return of the benchmark MSCI China.

Mr. Savio Kwan was President and COO of Alibaba Group from 2001 to 2003. In 2004, he also served as the company’s Chief People Officer, before stepping down from full-time executive duties. He served as an Independent Non-Executive Director at Alibaba.com, the listed B2B unit of Alibaba Group, from 2008 until the company was privatized in June 2012. Savio has 30 years of global management experience, and is now advising entrepreneurs about start-up businesses in China. He invested US$10 million in Series A and serves on the Advisory Board of Venturous Group.