TAIPEI, May 5, 2021 /PRNewswire/ — As smartphones become even more ubiquitous, users increasingly rely on communications software. In this context, the security of mobile phone software is becoming even more of a concern, in addition to basic communications and networking functionalities. Letstalk, an encrypted communications platform with a high level of security developed by a Taiwanese team led by founder Koh Chan Guan, adopts an end-to-end encryption technology which keeps no conversation records on the Letstalk app or on any third-party servers, with the aim of ensuring a completely private communications environment. 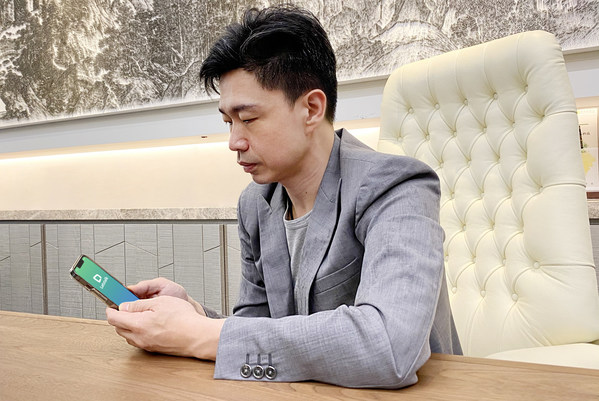 The aim of developing Letstalk was "to provide a communications channel that anyone and everyone can use with confidence while fully protecting privacy and personal data", said founder Koh Chan Guan. In addition to the basic chat function provided by other communications software on the market, Letstalk features Burn after Read, Enlarging and Minimizing Text, Unsend Messages Within A Matter of Seconds and Traceless Message Retrieve, Schedule Message, as well as message reminder via the alarm clock, offering users a new and unique experience. More secure, convenient services allow users to communicate without being limited by time and distance. Since launch, Letstalk has brought on board not only a number of new single users, but also many enterprise-level users groups that have selected the app as their designated software to discuss and communicate about work, demonstrating the degree to which privacy and security have become chief concerns in today’s world.

In addition to conversation encryption that assures privacy protection, Letstalk has recently launched a more private feature, "Secret Chat", with the same end-to-end message encryption functionality as other versions of the app and the ability to customize a new username. With this feature, a chat group can have up to 6,000 users, making it an encrypted space perfectly suited for large groups. Letstalk Secret Chat allows the administrator to seamlessly import the settings from existing chat groups, including the ability to change the group name and/or the moderator, as well as restrict members from entering and/or leaving. The creator of a chat group can designate a group member as an administrator as well, with the added feature that the designated person can be given the same administrative authority over the group. At present, "Secret Chat" is not available as a public chat group, as one can only join after receiving the invitation from the creator, making it a more private chat space.

Since launch, the Letstalk app has witnessed more than 800,000 downloads and is now available in seven languages: English, Chinese (Simplified), Chinese (Traditional), Indonesian, Japanese, Thai and Vietnamese. Founder Koh Chan Guan said that the growth in the number of Letstalk’s users has been steady, despite a paucity of marketing promotions. The app has already developed a solid user base in Taiwan, and fully expects to see its number of users expand globally as the year progresses. The founder said that he foresees the number of downloads breaking the one million mark before year end, delivering to an ever growing user base a more secure and more convenient communications experience.