BEIJING, Dec. 10, 2021 /PRNewswire/ — EM3, a VR start-up company, recently released an ultra-thin VR glass prototype named Ether. The thickness of Ether is only 6.8mm, and its weight is around 37g. It is by far the lightest VR near eye display solution. 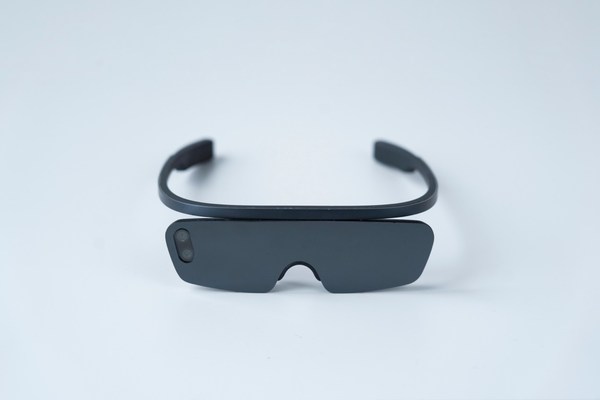 Due to the current weight and size of the VR helmets, users will develop physiological discomfort after wearing them for about 20 minutes, limiting the applications to immersive VR games. Other Metaverse scenarios such as social networking, online education, training, design, conference, and convention, would request lighter yet smaller VR glass. Since 2014, numerous companies have been trying to reduce the thickness of VR headsets. However, limited by the principles of optics, it is difficult. Not until recently, companies using Pancake optics reduced the VR headset thickness to 25mm in total and the weight of 160-180g. Nevertheless, there is still a gap between VR headsets to VR glass. The EM3 Ether prototype glass contains two micro-displays, 2560×2560 pixel resolution in full color. The FOV (field of view) per eye is 80° for now. EM3 claims that by using a larger format micro-display, the FOV per eye is expected to increase to 100° while the total thickness of the glass is unchanged. The Ether prototype adopts tethered design, which can be connected to a smartphone. According to EM3, Ether uses a unique near eye optical module, which converges full spectrum light within a short length to achieve precise imaging, therefore significantly reducing the VR glass’s thickness. According to EM3, the company’s goal is to launch its VR glass product Ether in late 2022.