SHANGHAI, March 19, 2021 /PRNewswire/ — DFRobot Gravity series is a set of professional open-source hardware modules. It consists of 300 kinds of standardized modules, including expansion boards, sensors, actuators, functional modules, and kits as well as each module comes with clear documentation and demo. With a variety of standardized modules, DFRobot is devoted to helping users of any skill level to easily connect and mix to realize ideas or develop projects. Till now, the Gravity series has been used by more than 1 million developers worldwide and used in a broad range of applications, like AI, environmental monitoring, IoT, smart homes, etc. 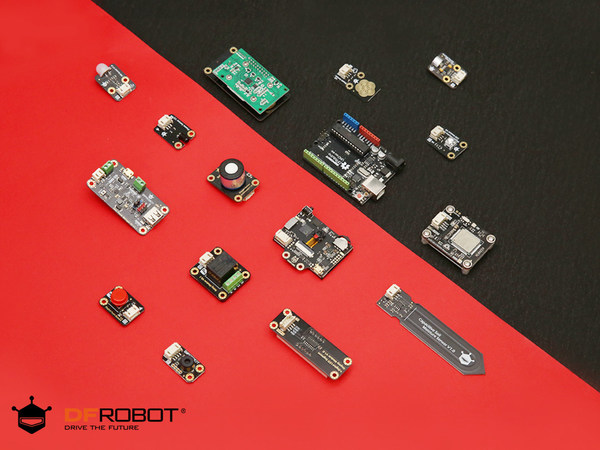 Artificial Intelligence(AI) is intelligence demonstrated by machines, unlike the natural intelligence displayed by humans and animals, which involves consciousness and emotionality.

Environmental issues are gradually receiving attention. DFRobot Gravity series for environmental monitoring can measure water quality covering the pH value, dissolved oxygen, conductivity, and turbidity. It can detect various gases from explosive gases such as methane, toxic gases such as carbon monoxide to air quality sensors for the smoke. And it also can measure the volumetric water content in the soil.

Gravity for Functional Modules based on IoT Application Scenarios

With the rapid development of the Internet of Things, large-scale IoT deployment is no longer a vision, but a reality. To meet the diverse needs of customers, DFRobot has launched a series of functional modules based on IoT application scenarios.

DFRobot is a world-leading robotics and open-source hardware provider that is dedicated to creating innovative, user-friendly products that foster a strong community of innovation. The company was founded in 2008 and is currently headquartered in Shanghai, China. DFRobot has a product catalog boasting over 2,000 electronics including sensors, robotic platforms, and communication modules, which are compatible with most main controllers like Arduino, Raspberry PI, micro: bit on the market. Based on its high-quality and ease-to-use features, DFRobot products have been widely used in many applications such as AI, IoT, Wearables, smart homes, etc.  About us, please visit: https://www.dfrobot.com/.