SAN MATEO, Calif., May 17, 2022 /PRNewswire/ — DeepBrain AI, an innovator of the commercialized AI-generated Virtual Humans, announces that the AI STUDIOS video synthesis platform has over 30,000 subscribers. 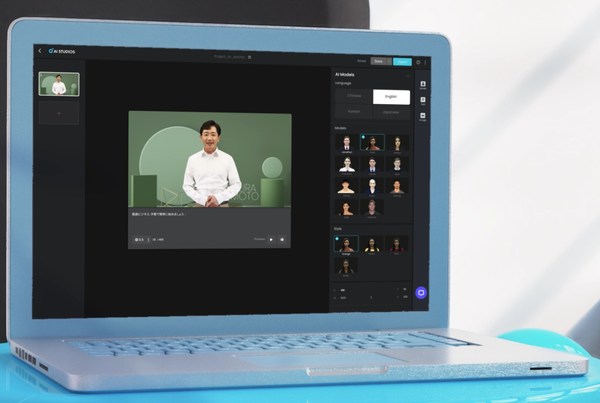 AI Studios is a video production tool that makes it easy to produce videos without the need to film or employ the real people. By combining DeepBrain’s AI Studios in the form of SaaS and a computer, it’s possible to eliminate costly studio, lighting, camera, set-staff, and even the video host. Just by typing the script, this enables the AI anchor to naturally speak, use body language and gestures just like a real presenter.

AI STUDIOS is the premier video synthesis platform that allows users to create AI Human featured videos by simply typing a script. It is offered as a SaaS (Software as a Service) platform with a monthly subscription fee that enables small to medium-sized businesses (SMB) with cost-effective access to AI human technology. The platform creates custom video content without the need for actors, cameras, or production crews.

Since its first opening as a beta service in June 2021, AI STUDIOS has secured over 30,000 subscribers across South Korea, the United States, Australia, China, and Southeast Asia. The total cumulative number of visitors is more than 500,000.

The AI Human videos from AI STUDIOS enable engaging communication with customers across sectors such as banking, news, education, and social media influencers. One recent example is GS Engineering & Construction and their implementation of an "AI Concierge" that introduces apartment brands and highlights property features and amenities on its YouTube channel.

As the role of AI Humans quickly expands around the world, interest in AI STUDIOS keeps pace. "We will continue to develop technologies and support functions so that any company can use AI human technology," said Jang Se-young, CEO of Deep Brain AI.

DeepBrain AI is considered the top company that has deployed global technology for interactive artificial intelligence using deep-learning based video synthesis and voice synthesis technology. It has attracted attention as an AI Human (Artificial Human) solution that creates virtual humans capable of real-time two-way communication through deep-learning artificial intelligence technology and was recently highlighted in the Wall Street Journal as the company that developed AI Yoon Seok-yeol, which was used during the 20th presidential election in Korea.