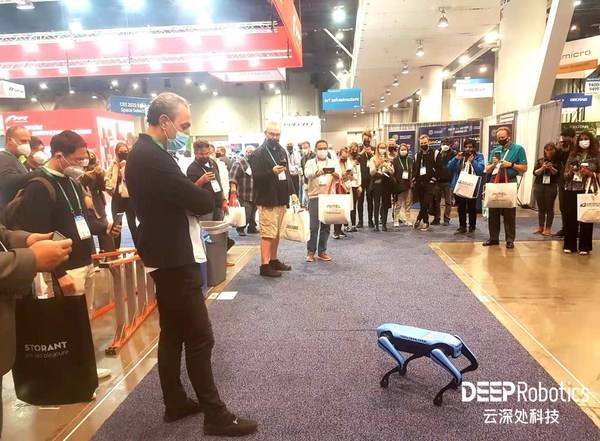 Jueying Lite2 has been displayed during the exhibition by DEEP Robotics’ 2022 CES partner Alisys. DEEP Robotics is an Asian pioneer in several robotic technologies, with particular attention paid to the motion control algorithms that guide quadruped robots, the development of relevant key components and systems as well as intelligent environmental perception, while Alisys is committed to enhancing the capabilities of robots through cloud software and technology solutions with a focus on cloud solutions, artificial intelligence (AI) and blockchain.

Jueying Lite2 demonstrates its advanced performance at its CES debut

Notably, Jueying has been featured on the cover of the authoritative journal Science Robotics. The series has been tested in multiple application scenarios, including security patrol, reconnaissance and surveillance as well as public rescue. In 2021, for the first time a single Jueying robot dog effectively patrolled a 25,000 square-meter electrical substation and a 500 kV cable tunnel.