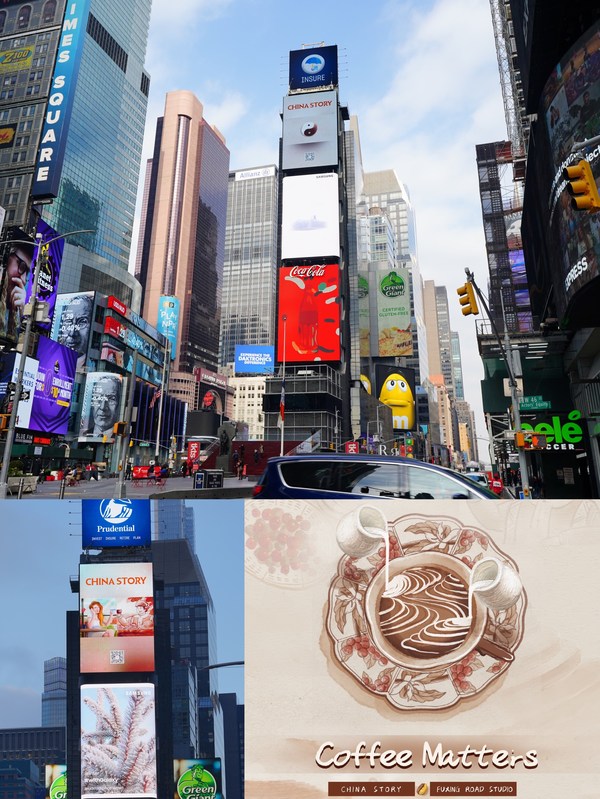 It tells a story about how a coffee bean travels across the seas to China, and eventually helps the once impoverished hinterland of S.W. China’s Yunnan province shake off poverty and achieve prosperity.

This touching story is from a short film titled Coffee Matters.

The 3.34-minute short film shows the cultural and economic interactions between China and the West brought by small coffee beans, and connects the overseas viewers to China’s poverty alleviation campaign. This film went viral after being released on major media and social networking platforms in China and has achieved 400 million views globally so far.

Hu Zhaoming, Spokesperson of the International Department of the CPC Central Committee retweeted it immediately saying "When coffee beans traveled to China, home of tea, and when the taste of daily life meets the needs of livelihoods, a story unfolds how coffee beans help people escape poverty. Fuxing Road Studio and the China Story Database have jointly released an animated short film, ‘Coffee Matters.’ Just like tasting a cup of fresh-made, mellow coffee, we hope you enjoy this video."

Targeted poverty alleviation is an innovative policy to ensure the achievement of the anti-poverty efforts. In its anti-poverty endeavor, Yunnan has been promoting development of coffee industry in its hinterland where policies of poverty alleviation go deep among residents and local conditions are suitable for coffee growing, providing the world with Chinese experience. The short film begins with coffee, the indispensable element in Westerners’ daily life, and proceeds with integrating China’s "coffee poverty-relief" story into the video at the same time. James Kimonyo, Ambassador of the Republic of Rwanda to China said: "How successful China’s industrialized anti-poverty model has been. The mellow coffee from Yunnan tells the story of China’s targeted poverty alleviation, and we will share and exchange with China on their experience and best practices to apply them in our country."