HONG KONG, Nov. 26, 2020 /PRNewswire/ — This month on ‘Super Hero’, CNN profiles five athletes from across the globe who are set to compete at the upcoming Tokyo Paralympics. The brand new 30-minute program hosted by CNN anchor and correspondent Christina Macfarlane showcases their willpower, strength and ambition to compete against all odds at the very highest levels. 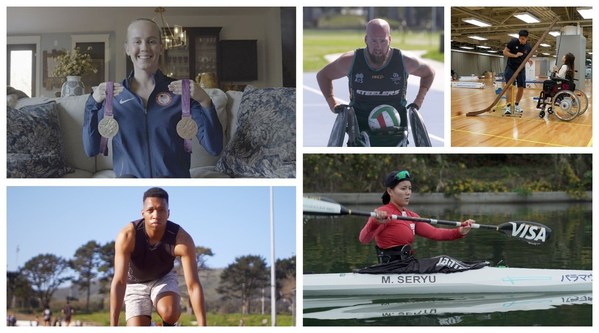 CNN first speaks with two-time Paralympic swimmer Mallory Weggemann, who shares her journey to the podium after an epidural injection in 2008 left her paralyzed. Just three months later, she was back in the pool, going on to win gold and bronze medals at the London 2012 Paralympics. When pools were closed this year, due to the pandemic, Weggemann found alternative ways to train on dry land.

Monika Seryu‘s life changed forever when she fell in a high school gym class and was left paralyzed below the chest. She took up para-canoeing — encouraged, in part, by a homeless man she befriended at the river. Now aged 23 and with the Paralympics just around the corner, the Tokyo native says she is looking forward to competing in her hometown.

Born without legs and missing fingers on his hands, Ryley Batt admits he wasn’t a fan of wheelchairs growing up – that is, until a fateful encounter with a wheelchair rugby demonstration set him on the path to mastering the sport. Now, the four-time Paralympian has two gold medals under his belt — and he’s been named co-captain of the Australia team at the Tokyo Paralympics.

Rugby isn’t the only sport played in a wheelchair — there’s also boccia, a ball sport that requires exceptional strategy and precision. CNN hears from Hong Kong-based Yuen-kei Ho, one of the world’s top ranked boccia players. Born with spinal muscular atrophy, she made her Paralympic debut in Rio in 2016, and has her sights set on becoming number one in Tokyo next year.

Finally, CNN meets Mpumelelo Mhlongo, a South African runner and long-jumper. Mhlongo has amniotic band syndrome, a rare condition which caused complications in the development of his limbs. Beyond his efforts on the track, Mhlongo is also a PHD student in chemical engineering and co-founder of a healthcare start-up, designed to improve medical resources in South Africa.