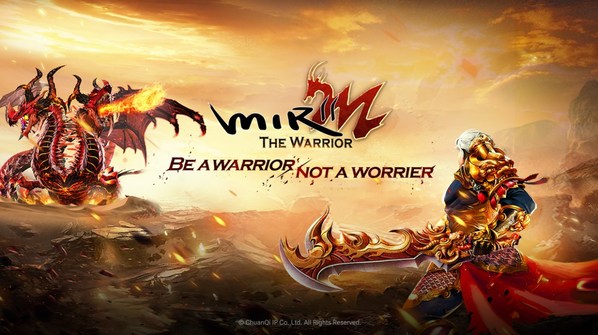 There is a variety of new content available in the cross-server (Divine Dragon Empire) that you can enjoy as part of the celebration of the first month since the launch. Cross-server (Divine Dragon Empire) is content that allows users to compete with other players and grow stronger through PVP and PVE. You can get gear items that can be installed on the Divine Furnace from the newly added Secret Land of the Divine Dragon dungeon on the cross-server. Divine Furnace Smelt, a growth content, is also added to Divine Furnace to upgrade. Furthermore, various in-game events are currently being held in commemoration of the update.

‘MIR2M: the Warrior’ is a role-playing game that features Eastern Oriental Martial Art, which is being developed using the IP of WEMADE’s representative work The Legend of Mir 2. In this game, players can enjoy a variety of PK contents (Sabuk Overlord, Sanctuary Battlefield, etc.) and clan contents (Guild Boss, Guild Carriage Escort, etc.).

Check out detailed information on ‘MIR2M: The Warrior’ and Updates and Event on the game’s official website.