CHENGDU, China, Dec. 14, 2020 /PRNewswire/ — This year marks the completion of China’s building a moderately prosperous society in all respects and the 13th Five-year Plan. The year 1988 witnessed the preparation for the construction of Chengdu High-tech Zone in response to the nationwide reform. Today, this land has emerged as a region with the strongest comprehensive economic strength, the richest innovative resources, and the most modern urban construction in central and western China. 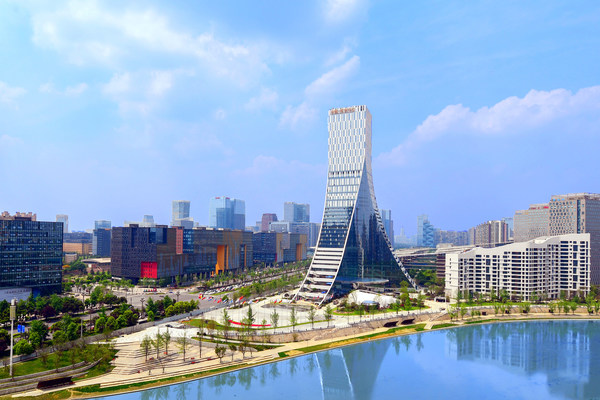 Chengdu High-tech Zone recorded a GDP of RMB 228.56 billion in 2019, representing the first high-tech park in Sichuan Province with an economic scale of over RMB 200 billion. In the first three quarters of this year, despite the impact of the epidemic, it achieved an 8% increase in regional GDP. The total import and export volume of Chengdu High-tech Comprehensive Bonded Zone has ranked top among the national comprehensive bonded zones for 31 consecutive months.

Centering on the three leading industries of electronic information, biomedicine and new economy, Chengdu High-tech Zone has attracted 128 Fortune 500 companies such as Intel and BOE, and  introduced 11 ten-billion-yuan projects this year, of leading companies such as Tencent, Baidu, and ByteDance.

Parks, greenways, gardens etc., Chengdu High-tech Zone has further promoted the construction of a park city, created "15-minute public service circles", and basically realized "greenery outside window and park next to community", and its citizens have enjoyed a growing sense of happiness and fulfillment.

Chengdu High-tech Zone will focus on scientific and technological innovation, actively integrate into the domestic and international circulations, and accelerate the construction of a national high-quality development demonstration zone and a world-class high-tech park.