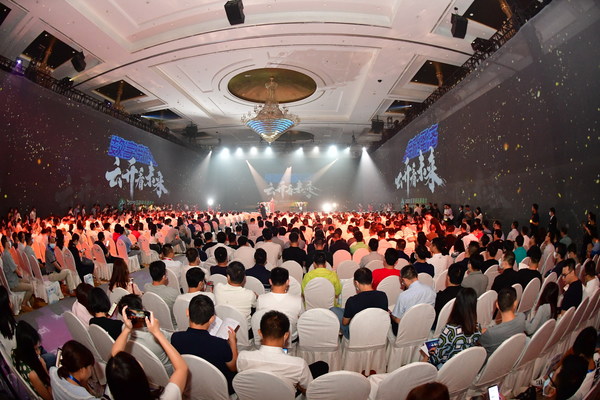 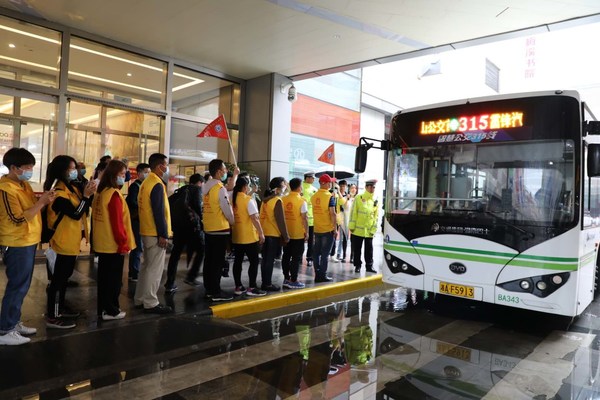 Changsha citizens are lining up for smart bus test.

The first Yuelu Summit in 2014 opened a new chapter for the development of Hunan mobile internet industry. As a pioneer, Changsha, has not only created a new city brand, also made itself as an innovation city of Internet in China, after nearly 6 years of struggles and attempts. Firstly known as the "Capital of Construction Machinery", "City of Manufacturing" to "The 5th City of Mobile Internet", Changsha embraces the world with its profound culture over a thousand years.

Changsha is located comparatively not advantageously to Beijing, Shanghai, Shenzhen and Zhejiang, but it has the advantage of talents when the internet industry is just emerging. Nearly 1/3 of the Internet elites in China are from Hunan.

Yao Jinbo, CEO of 58 Group, was born in Yiyang, Hunan. He has so much affection in his hometown that he settled the second headquarter in Changsha, except the biggest one in Beijing, as Changsha is a cluster of universities, talents and media industries and its core position in Central China.

Except 58 Group, Xiangjiang Kunpeng, Cloud Tencent (Changsha) and other well-known software and internet leading enterprises have also established their headquarter or second headquarter in Changsha by the end of 2019.

Mobile internet is giving momentum for new forms of business and emerging industries thanks to the rapid development of big data, AI and industrial internet technologies, particularly the 5G and AI. 5G new infrastructure is growing vigorously. It is reported that 13,586 5G base stations and 26 database centers of several kinds have been built in Hunan, and 19,000 5G base stations are expected to open by the end of this year.

When driverless technology is still new to people, it appeared authentically in Changsha.

National Intelligent Network Automobile (Changsha) Test Area was put into plan in 2016. On 19th April 2020, driverless technology has entered an new era as Baidu Apollo driverless taxies were open free to Changsha citizens. The first put-in-use "smart bus line" was open 11 days later. On 31st August, China’s first "smart highway", which supports 5G automatic driving test and application – G5517 from Changsha to Yiyang was open to use. It is equipped with 5G base stations, cameras and other facilities every 150 meters, which provides conditions for driverless. After 2 years’ development, Changsha intelligent network automobile industry has been in a leading position in China.

At present, Changsha has started a new journey of innovation and development supported by mobile internet. New economies like "AI" "Smart Drive" and "Block-chain" will constantly provide new momentum for the high-quality development of Changsha.

According to the lately released 2020 CHANGSHA INTERNET DEVELOPMENT WHITE PAPER, in 2019, the scale of the mobile internet industry in Changsha has exceeded 100 billion yuan, ranking the sixth among the municipalities and provincial capital cities, and ranking the first in Central China.