SEOUL, South Korea, Dec. 9, 2020 /PRNewswire/ — Pearl Abyss announced today that a number of special events will take place to celebrate the upcoming 1-year anniversary of Black Desert Mobile. Adventurers can now enjoy these festivities along with a new content update that will get them precious rewards. 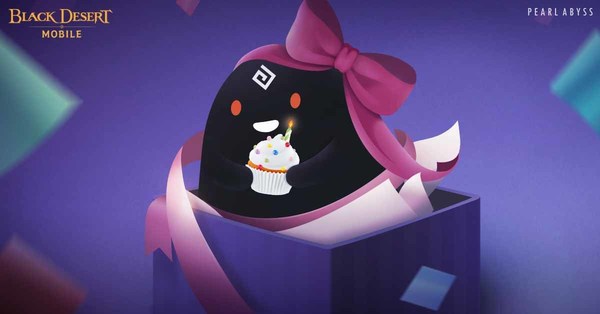 Black Desert Mobile is about to reach its first anniversary since its global release. To commemorate this momentous occasion, special events will take place this week. A Hot Time event will provide Adventurers with a buff that gives up to an additional 600% item drop rate, and a new log-in event will give them various exclusive rewards including a special 1-Year Anniversary title.

The Great Desert, a new region, is coming to Black Desert Mobile. Adventurers can now prepare for a new journey to this desert by participating in a special event. Until December 22, the Sand Relic Chest event will take place in which Adventurers can defeat monsters and obtain Sand Relic Chests. They can ask Yaz to appraise these chests and get random rewards, one of which being an Abyssal Crystal Chest.

Enraged Red Nose, a powerful World Boss is also now live in Hadum’s Realm. Adventurers are required to have 20 Holy Vials of Light to encounter this World Boss. Moreover, the Family Quest “Necessary Supplies” must be completed, and their characters must be at least level 45. Rewards such as Chaos Crystals can be acquired for defeating Enraged Red Nose.