SAN FRANCISCO, Dec. 3, 2021 /PRNewswire/ — App Annie, the leading mobile data and analytics provider today shared that Bumble has joined the Billion Dollar Club – a milestone that only 15 other non-gaming apps have achieved. 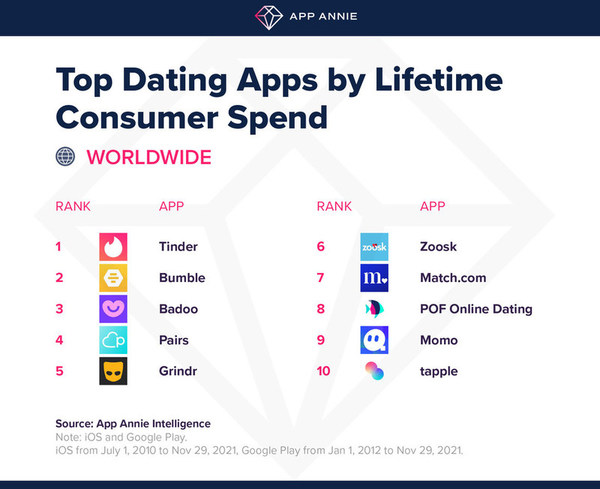 Bumble is the #2 dating app by lifetime spend

Bumble is the #2 dating app by lifetime spend and the highest ranking dating app that prioritizes women making the first move. The company went public in February 2021 and has continued to see success via its in-app subscription and in-app purchase model, where users can subscribe to Bumble Premium or Boost including travel features, spotlight, superswipes, among others in addition to one-off credits.

The app also has wide reach globally among users. The top markets contributing to its lifetime consumer spend include western markets like the US (its HQ), UK, Canada and Australia, but also includes India, Mexico which are high-growth markets on mobile overall and represent strong future potential for user acquisition growth.

"The mobile dating apps space has thrived even when people were forced to remain apart. The sector’s ability to quickly adapt their models with features such as video dating to keep consumers engaged is a testament to its success. The metaverse is the next space the sector has embraced with vigor. Bumble has announced plans to expand its BFF functionality and this comes just after Tinder’s parent company Match recently revealed it will embrace the metaverse concept by building an avatar-based virtual goods economy," Lexi Sydow, Head of Market Insights, App Annie.

App Annie is the mobile standard. Our mission is to be the first to unify consumer and market data to generate insights and outcomes fully leveraging the power of AI. 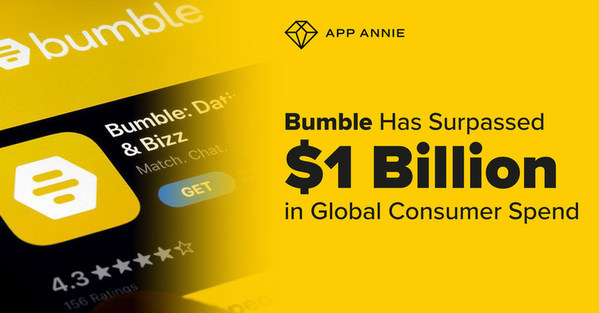