SHANGHAI, March 9, 2022 /PRNewswire/ — On March 9, CANNESERIES announced that short series Night Cat Express: Night Dream produced by Bilibili, the leading video community for young generations in China, was selected for the 2022 CANNESERIES Short Form Competition. The series will be screened at Espace Miramar during the event.

This is the first time a Chinese series has been selected and will be screened at CANNESERIES.

CANNESERIES, the Cannes’ International Series Festival, is an annual professional series festival held in Cannes and one of the biggest series festivals in Europe. Aiming to represent and highlight series from all over the world, the official selections feature exclusive International and French series and focus on creativity and audacity. Previous competition selections include BBC America’s Killing Eve, HBO’s Years and Years, and Amazon’s Truth Seekers among other global series.

Night Cat Express: Night Dream, consisting of 13 different stories each lasting about 10 minutes, tells the story of the Night Cat who can perceive humans’ desires and deliver extraordinary things to gratify their wishes. The series is a fresh experiment for Bilibili in producing a high-quality original short series and aims to encourage young creators to produce innovative content. 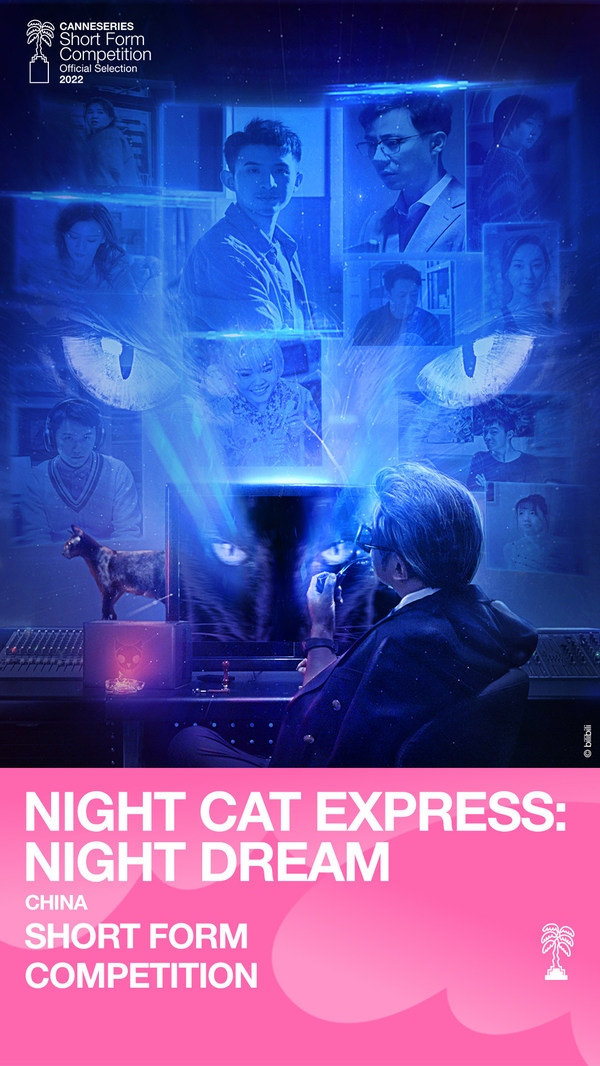 "Among the many short form series that we received this year, Night Cat Express: Night Dream really stood out as one of the boldest proposals, making us all the proudest to welcome China in selection for the first time," said Albin Lewi, Artistic Director of CANNESERIES. "Indeed, the show succeeds in creating from strange but credible situations, vertiginous stories, referring in each episode to great sci-fi films through their construction, symbolism and scientific – or even theological – characteristics."

In addition to short series, Bilibili has been expanding high quality OGV (occupationally generated video) categories to enrich its content ecosystem. In the field of Chinese anime, Bilibili is now one of the largest Chinese anime production companies. As of November 2021, Bilibili has launched 430 Chinese anime titles and produced 178 titles. Over 340 million users are watching Chinese anime on Bilibili. Since 2020, the company has launched 24 Chinese anime titles globally, including the highly popular Link Click and Heaven Official’s Blessing, which were hosted on the leading global streaming platform Funimation. Heaven Official’s Blessing was also introduced on NETFLIX.

Bilibili is also one of the largest documentary production companies in China. As of September 2021, Bilibili has launched over 3000 documentaries and produced 106 documentaries, including The Story of Chuaner, Little Giants, and First Man Out with Ed Stafford. The company has formed a strategic partnership with Discovery and BBC Studios to produce high quality documentaries.

In the variety shows arena, Bilibili produced the smash hit rap variety show, Rap for Youth, the dance variety show, Dancing Through the Millennia, focusing on traditional Chinese culture, and many other shows that were incredibly popular with young generations.

Bilibili is an iconic brand and a leading video community with a mission to enrich the everyday life of young generations in China. Bilibili offers a wide array of video-based content with All the Videos You Like as its value proposition. Bilibili builds its community around aspiring users, high-quality content, talented content creators and the strong emotional bond among them. Bilibili pioneered the "bullet chatting" feature, a live commenting function that has transformed the viewing experience by displaying thoughts and feelings of other audience viewing the same video. It has now become the welcoming home of diverse interests for young generations in China and the frontier to promote Chinese culture across the world.