Gaming has never been more immersive for Call of Duty fans as ASUS Republic of Gamers (ROG) announce their partnership with Activision. ASUS ROG will serve as the first digital PC game bundle provider of the Call of Duty®: Back Ops 4 as they partner with the American video game publisher. 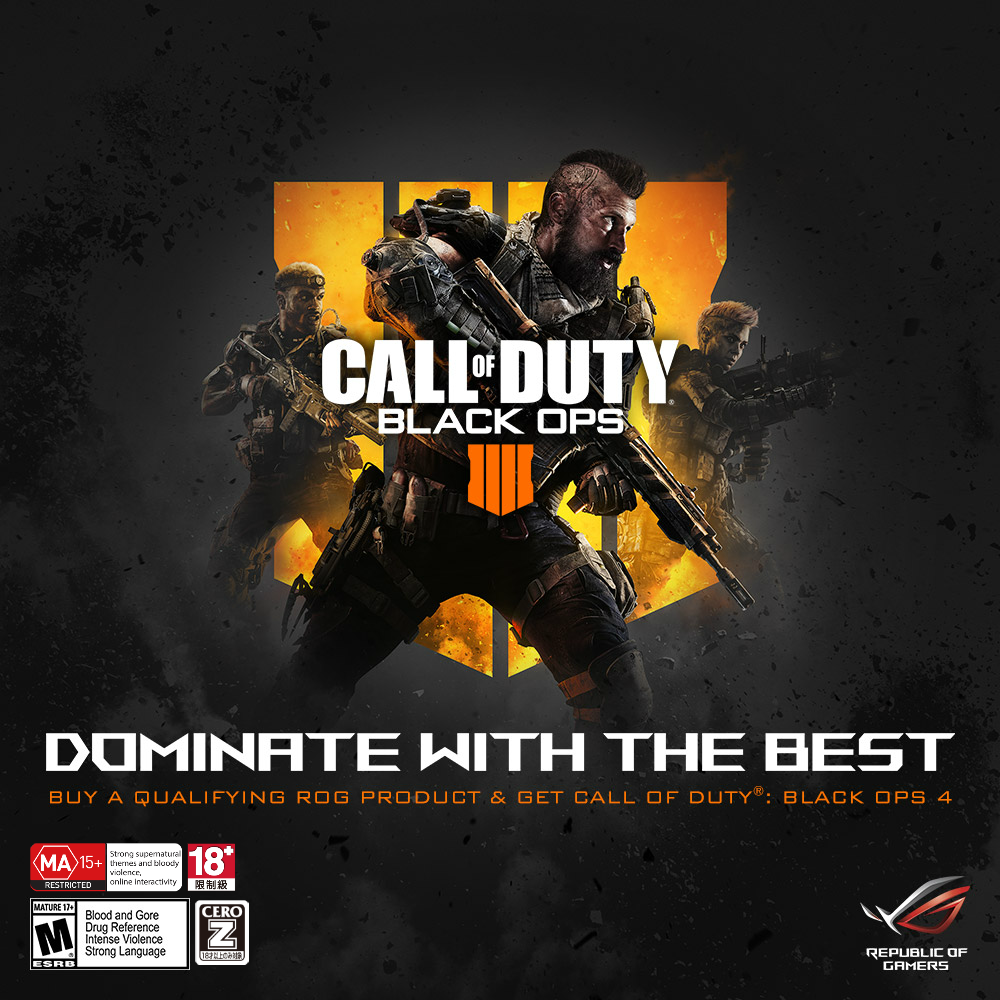 Ander Nickell, Director of Partnerships at Activision expressed their excitement in partnering with ASUS Republic of Gamers. He also commended the hard work Activision’s development team has put into making the best PC Call of Duty game, which is yet to be released into the worldwide market on October 12, 2018. “ASUS ROG shares that commitment to the community, so it was a natural fit to bring our brands together to deliver something special to fans,” he also said.

Dominate the Battle with AURA Sync

ASUS Republic of Gamers also worked closely with Activision to enhance the user’s gameplay experience to integrate AURA Sync, their latest RGB-lighting technology, into the latest Call of Duty release. AURA Sync coordinates colors and effects with compatible RGB-lit products like desktops, headsets, keyboards, motherboards, notebooks, and mice, among others, making it easy for users to personalize their entire gaming set up to a consistent look and feel that reflects their gaming persona or the feel of the game being played.

For every purchase of any eligible ROG product from September 10, 2018 to January 10, 2019, gamers will receive access to the Digital Standard Edition of the game. To claim an activation code, end-users will need to register an account on the redemption page. A proof of purchase and the serial number of the product should be uploaded on the redemption page which will be used to verify the purchase, once cleared, the user will be given an activation code through email within 20 working days. 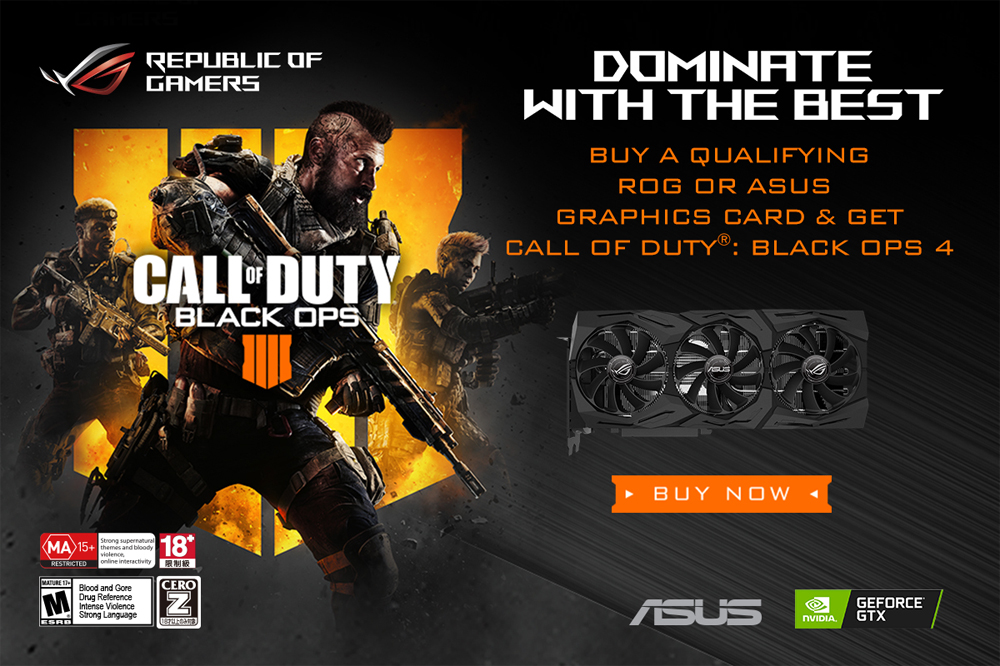 Are you excited to get your hands on the latest Call of Duty®: Back Ops 4? Go on and take this opportunity to grab ASUS ROG’s bundle and dominate the battle with class.