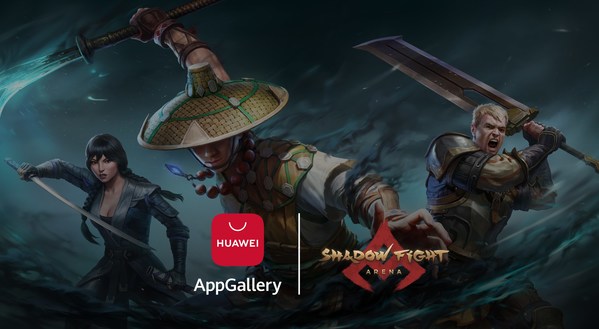 Shadow Fight Arena’s AppGallery players can claim exclusive access to one of the game’s rarest characters – the formidable ‘Monkey King’, giving them an immediate head-start. With a total value of USD100, the Monkey King is well-known among Shadow Fight Arena fans for its impressive attack moves.

"The Shadow Fight series has been well-received so far, and we’re excited for AppGallery users worldwide to experience the heat of battle with our newest offering in partnership with Huawei," said Nikita Korzhavin, Business Development Director at Nekki.

As one of the fastest-growing global app marketplaces, developers can harness Huawei’s HMS Core capabilities during the run-up to app launch. Shadow Fight Arena demonstrates how a game can enhance its user experience beyond standard gameplay, integrating with Huawei’s IAP Kit to provide a seamless in-game payment experience.

"Sharing this journey with Huawei has been rewarding," commented Nikita Korzhavin, Business Development Director at Nekki. "With the successful integration of Huawei’s HMS Core Kits, we can provide higher quality graphics that bring the game’s intricate landscape to life."

Shadow Fight Arena is now available for download on AppGallery.

About AppGallery – One of the Top 3 App Marketplaces Globally

With AppGallery, our vision is to make an open, innovative app distribution platform that is accessible to consumers while strictly protecting users’ privacy and security. Being one of the top three app marketplaces globally, AppGallery offers a wide variety of global and local Apps across 18 categories and is available in more than 170 countries and regions with over 540 million monthly active users globally.

Nekki is a game developer based in Cyprus with the popular titles Shadow Fight, Vector and 11×11 under its belt. Nekki’s Shadow Fight Arena was a finalist for both Best Audio/Visual Accomplishment in Pocket Gamer’s Mobile Games Awards 2021 and Pocket Gamer’s Game of the Year 2021. Nekki-developed tool, Cascadeur, was also a finalist for Best Tools Provider, which recognises any company providing tools for developers to help make games for mobile platforms, in Pocket Gamer’s Mobile Games Awards 2020. Learn more at https://nekki.com/