NEW DELHI, June 17, 2022 /PRNewswire/ — One of the largest private energy players in India, AG&P City Gas, operating under the brand name AG&P Pratham, has been adjudged as the ‘2022 Energy Company of the Year’ in the non-renewable category. The Economic Times Energy Leadership Awards acknowledges outstanding companies and individuals that exemplify leadership and operational excellence in the entire spectrum of the energy sector. 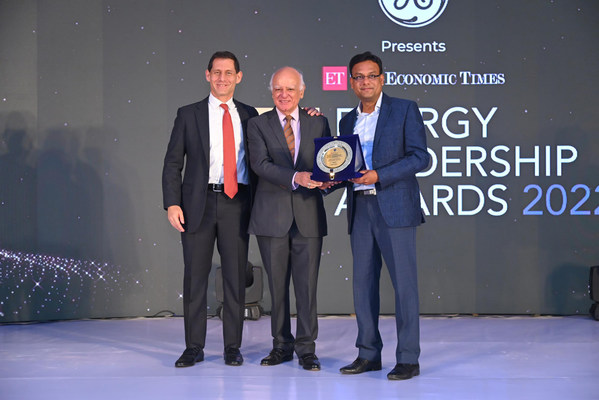 Mr. Abhilesh Gupta, Managing Director & CEO, AG&P Pratham said, "We are immensely thankful to Mr. Anil Razdan and the esteemed jury members for this incredible award and honour for AG&P Pratham. We are grateful to be acknowledged for excellence in performance, our culture of safety and innovative implementation approach that allows us to meet the requirements of multiple demand centres in parallel instead of sequentially. Despite the hardship of Covid, we have been able to launch ~170 CNG stations in the last 8 months and are setting up 2 CNG stations every 3 days.  We are strongly focussed as well on the households and are working hard to bring clean, natural gas to our customers’ doorstep at a rapid pace."

Mr. Joseph Sigelman, Chairman & CEO, AG&P Group, said, "AG&P Pratham is pioneering a clean natural gas network across large areas of Southern and Northwestern India for vehicles, homes, businesses and factories. We are proudly and safely building out our system, hooking up more customers every day. On behalf of our large team who are working so hard and so loyally, we are extremely honored that Mr. Anil Razdan and the distinguished jury panel have chosen to recognize AG&P Pratham with this prestigious award."

AG&P Pratham is developing CGD networks across 12 concessions covering 28 districts across 8% of India and ~80 Mn people in the states of Rajasthan, Andhra Pradesh, Tamil Nadu, Karnataka and Kerala. In its twelve concessions, AG&P Pratham is responsible for developing and operating Compressed Natural Gas (CNG) stations for vehicles, piped natural gas to homes, and the distribution of Liquid Natural Gas (LNG) to industrial and commercial customers.

Recently, on June 8th, 2022, AG&P Group was also adjudged the 2022 APAC Company of the Year (LNG category) at the Energy Council’s ‘Annual Awards of Excellence’ in Singapore.

About AG&P City Gas: Operating under the brand of AG&P Pratham, AG&P City Gas is one of the largest private City Gas Distribution (CGD) companies in India. The company is developing CGD networks across 12 concessions in the Indian states of Rajasthan, Andhra Pradesh, Tamil Nadu, Karnataka. and Kerala.