SYDNEY, Feb. 26, 2021 /PRNewswire/ — This weekend, 27 and 28 February, AFL talents Xavier Duursma and Cameron Zurhaar will connect live with Aussie footy fans on the global live streaming platform Bigo Live. The athletes will answer questions and share behind the scenes stories of one of Australia’s most loved sports in the country. 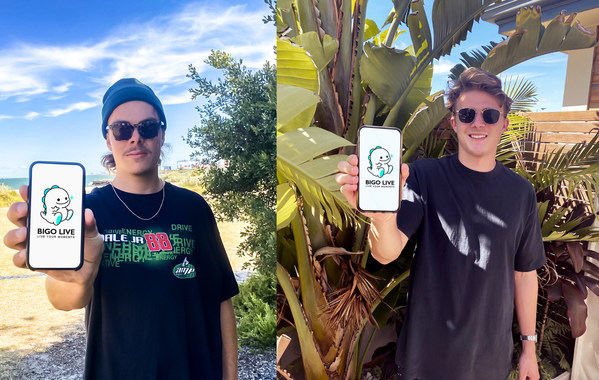 The live stream sessions will kick off the Bigo Live Sports Night, a series of events running from the end of February until March. The goal is to encourage people to be active, take care of their mental and physical health, particularly as the global pandemic continues to unfold and connect over communities’ shared love of the game.

The Bigo Live team will collect questions from in-app users for the exclusive Q&A. The AFL players will answer the top 10 frequently-asked questions during their live, share some funny and unknown football players’ stories and talk about their daily lives as professional players.

At the end, each of the players will draw from the lucky viewers (each per live stream session) to give away AFL T-shirts with their signatures.

Xavier Duursma, the wingman for Port Adelaide Football Club and 2019 rising star nominee, was the 18th draft pick in the 2018 AFL draft and made a name for himself with his elite running ability, a knack for getting forward and trademark bow and arrow goal celebration.

Cam Zurhaar, who plays for North Melbourne Football Club, was the first draft selection by the team back in 2017 and has since been nicknamed ‘The Bull’ amongst North Melbourne supporters in response to his ferocious commitment to the game.

With over 1.3 million subscribers across the ANZ region and 20% sign-broadcaster increase month-on-month, Bigo Live is one of the world’s fastest-growing, community-first social networking platforms that uses livestreaming technology to bring people together. The company has been successfully leveraging ANZ talents such as Stan Walker, M4SONIC, Taylor Henderson, Dami Im, Erin Miranda and many other artists, and is now looking forward to connecting to the rich sports culture in the region.

This Bigo Live session will include:

Bigo Live is one of the world’s fastest-growing live streaming social communities where users broadcast in real-time to share life moments, showcase their talents, and interact with people from around the world. Bigo Live has around 400 million users in over 150 countries and is currently the market leader in the live streaming industry. Launched in March 2016, Bigo Live is owned by Bigo Technology, which is based in Singapore.