HONG KONG, April 20, 2022 /PRNewswire/ — On April 20th, Chinese Language Day is celebrated. Chinese is nowadays more important than ever. With a total of 1.3 billion native speakers in the world and a booming economy, it is the language with the most native speakers and one of the most important languages of tomorrow.

After more than a year of R&D work, Youdao, China’s leading AI-learning company, has recently launched Youdao Dictionary Pen 3 Global Version, a one of its kind device that helps global language learners, people with reading difficulties and children who are learning how to read. 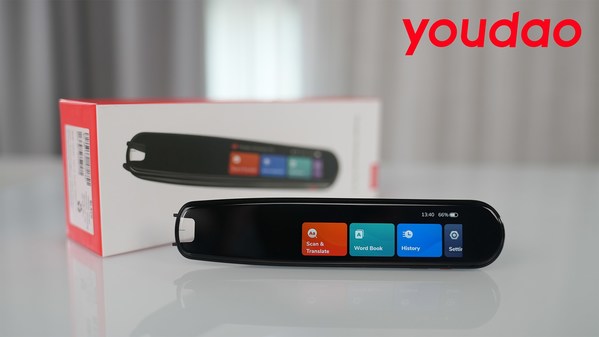 With its powerful self-developed technology, the pen can scan multi-line sentences and translate them in 1 second without using the internet. It has an HD Touch Screen where the scanned text and translations appear, a built-in speaker, a microphone and various official dictionaries. The device is also equipped with OCR technology with up to 99% of accuracy scanning rate, Neural Machine Translation and Text-to-Speech technology.

Dyslexia, a reading disability that before posed a challenge and disadvantage for children at school or professionals at their workplace, has now been covered by the Text to Speech technology of Youdao Dictionary Pen 3 Global version, which allows turning scanned text into audio, users can adjust the volume, its speed and also listen to the audio through the pen’s speaker or with earphones paired via Bluetooth. This reading pen helps dyslexic people read independently in many different scenarios.

With their Optical Character Recognition technology, the pen becomes versatile, it scans on different surfaces such as paper, computer screens, phone screens, kindle, cardboard, packing materials and more. It can be used with the right or left hand, and it is also light and portable.