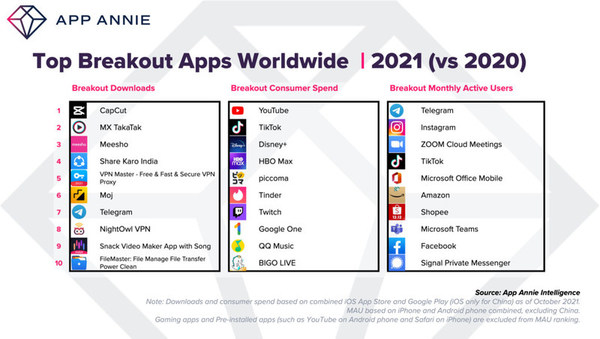 Top Apps Worldwide by Growth in 2021

The company also provided a deep dive into the apps that registered the largest growth over the last 12 months:

"One of the big take-aways is that the global population adapted to the pandemic by embracing a mobile lifestyle. The sectors that did well were the ones that brought people closer together both virtually and in person." Lexi Sydow, Head of Insights, App Annie.

Other notable sectors that grew in mobile were social and dating:

Visit our blog to read the full report.

About App Annie
App Annie is the mobile standard. Our mission is to be the first to unify consumer and market data to generate insights and outcomes fully leveraging the power of AI. 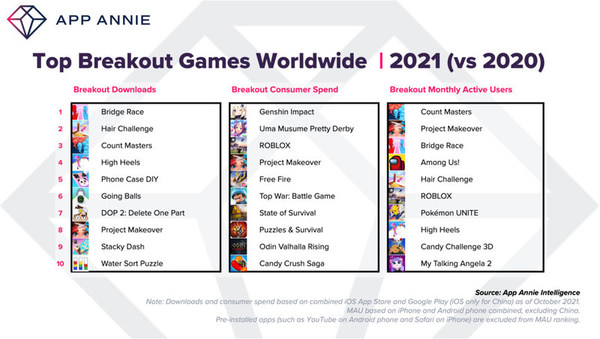 Top Games Worldwide by Growth in 2021