Hu Chunhua declares the opening of the 18th WCIF 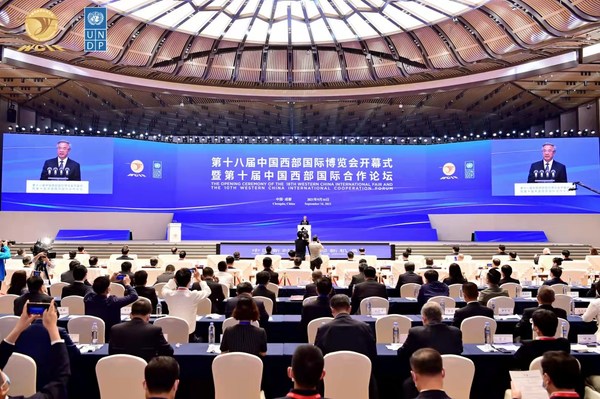 Hu Chunhua declares the opening of the 18th WCIF

This year’s fair takes place from September 16th to 20th in Chengdu. It is estimated that more than 50,000 guests and traders from 66 countries and regions will join the event physically and virtually. The Western China International Expo City is the main venue with an exhibition area of 200,000 square meters. The fair features Singapore as the Guest Country of Honor, Tibet Autonomous Region as the rotating presidency and Leshan city as the theme city.

To respond to the Western China Development, WCIF was launched in 2000, upholding the principles of co-hosting, sharing and mutual benefits. Since its inception, 17 editions of the WCIF have been held successfully, which has made the fair an important platform for western China to promote investment and cooperation and to carry out diplomatic services.