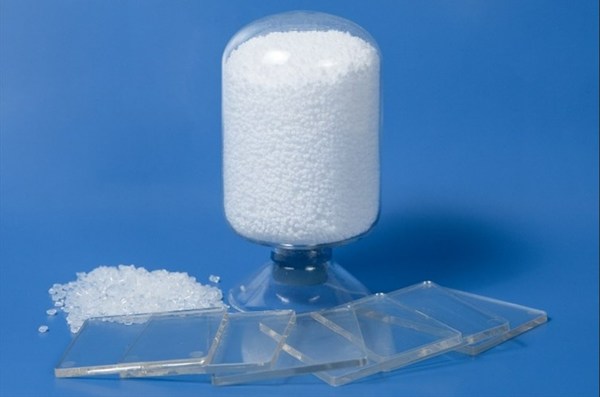 Samyang Corporation (President: Kang Ho-sung), a Samyang Group affiliate specializing in chemicals and food, announced on the 20th that it has developed a transparent flame-retardant polycarbonate material with no flame retardant agent using its own in-house technology and established the system for full-scale mass production. Its eco-friendly T-FR PC will be manufactured at the Samyang Corporation’s Engineered Plastic Plant and Samyang Kasei Plant in Jeonju.

Flame-retardant polycarbonate is an essential material for heat-generating or fire-sensitive products. As a fire-vulnerable material may incur extensive damage related to secondary flames or toxic gases, flame-retardant materials are used in home appliances, interior and exterior finishes of vehicles, construction materials, and helmets to ensure safety.

While a flame-retardant agent is often added in the manufacturing of transparent flame-retardant polycarbonate, the use of such an agent reduces the material’s main advantages of transparency and impact-resistance. Flame-retardant additives also have a significant environmental impact. Halogen flame-retardant substances such as chlorine and bromine generate toxic gases when incinerated. The non-halogen substances that were previously considered alternatives have also been found to be potentially harmful.

Samyang Corporation’s new eco-friendly transparent flame-retardant polycarbonate is based on siloxane polycarbonate copolymer (Si-PC) that the company successfully localized in 2012 and uses an altered bonding structure without adding a flame-retardant additive, which gives it remarkably superior chemical resistance and impact resistance at low temperatures compared to ordinary polycarbonate. It also fulfills the criteria for V-0 rating, the highest vertical burn rating of UL 94 testing. UL 94 is a flammability test by Underwriters Laboratories, a US institution that develops and evaluates safety standards. The V-0 rating is given to plastic materials that stop burning within 10 seconds in a vertical burning test.

The new T-FR PC can also be used for functional packing and diverse other industrial purposes that require both transparency and flame retardancy, as it maintains the same mechanical properties as general-purpose polycarbonate even when engineered into thin film forms such as 1mm-thick sheets or profiles.

The company will supply not only the product, but also its base resin (single-component plastic material) to other chemical companies in order to expand the market of eco-friendly transparent flame-retardant polycarbonate. Chemical companies can produce and sell compound materials tailored to different end-products, including buildings, automobiles, and aircrafts, by adding other substances to the base resin supplied by Samyang to achieve the desired properties.

Hyun-ho Park, Team Manager of Samyang Corporation stated, "Samyang Corporation’s eco-friendly transparent F-TR PC can be engineered into a thin transparent sheet just like general-purpose polycarbonate, but it is free of environmental concerns as it does not contain any additives. It is based on Si-PC that is highly impact-resistant at low temperatures, which makes it versatile for building exterior finishes, outdoor lighting, and many other uses."