The download version exclusively for Nintendo Switch™ will be released on July 8, and 20% discount for pre-orders to commemorate the release 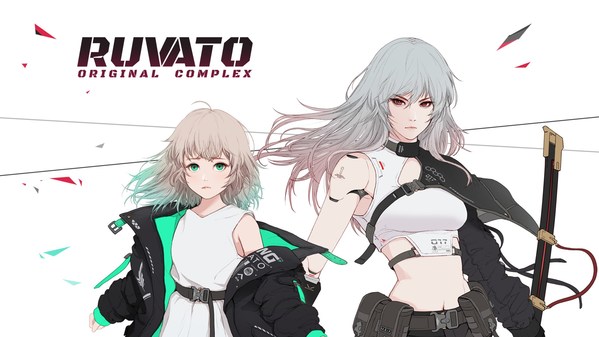 ‘Ruvato: Original Complex’ is a new hack-and-slash game developed by ‘REMIMORY,’ a game development studio famous for ‘Remi Lore.’ It will be released on July 8 as a download version exclusively for Nintendo Switch™.

‘Ruvato: Original Complex’ is a high-speed hack-and-slash action game with a near-future background. It depicts the journey of ‘Ria’, who transformed herself into a cyborg and sets out on a journey to recover the mysterious girl ‘Ai,’. The player will manipulate the main character ‘Ria’ to prance about the stages, and quickly defeat and clear the enemies. Whenever the player consecutively knocks down the enemies the attack power will gradually increase, making it easier to defeat many enemies. Also, the player can use the parts acquired by defeating the enemies to strengthen various skills and launch more effective attacks. Even if the player is killed by mistake, he or she can try again and again to improve his or her skills, and feel the joy of clearing the stages.