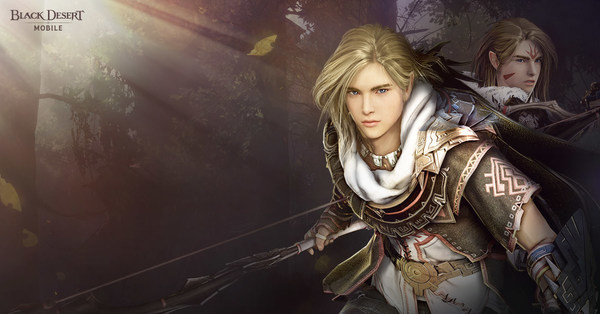 Archer and Fletcher are two male classes that use bows as their main weapon, but their combat styles are completely different from one another.

Archer uses the Crossbow as his main weapon. This Crossbow has been designed to attach to Archer’s arm to maximize his speed and agility, making him one of the fastest classes in Black Desert Mobile. He uses the Ra’ghon as his sub-weapon, a special glove that gives Archer the power of light.

Archer’s Awakened class, Fletcher carries the Greatbow as his main weapon. He is the only class able to fire a Divine Pierce using the Greatbow, which is much larger than a normal bow. Fletcher is also known as a "Battlefield Watcher," as he can observe the movements of his enemy via his long-ranged Greatbow before choosing his moment to strike.

Adventurers now can pre-create Archer and Fletcher and enjoy Black Desert Mobile’s fascinating character customization system in the process. To celebrate the pre-creation of these classes, a gift box of special rewards will be given to everyone who logs-in before February 15.