SEOUL, South Korea, Dec. 18, 2020 /PRNewswire/ — Pearl Abyss announced today that a trailer commentary for Crimson Desert is now available. A game overview has also been released to introduce diverse aspects of the gameplay from the developers’ point of view. 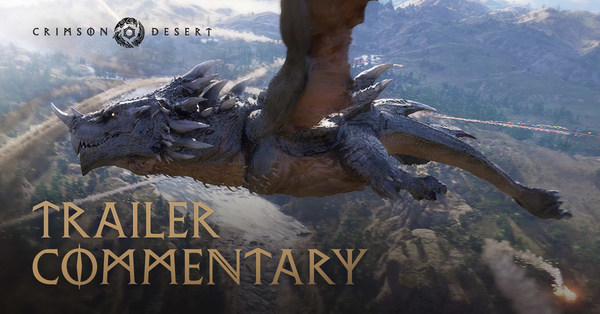 Crimson Desert recently revealed its first gameplay trailer at The Game Awards and was well-received by gamers and media across the world. "The gameplay showed very impressive engine work with a dizzying amount of environmental and particle effects," The Washington Post commented. Tech media CNET also said, "it looks absolutely immaculate."

The release of the commentary means the return of executive producer and founder Daeil Kim, who has taken a lead in the game’s development. In the video, Kim introduces the production intention of each scene and the story behind it. Unreleased clips can also be found at the end of the video.

"We wanted to focus on things we never tried before," said executive producer and founder Daeil Kim in the commentary, emphasizing also the themes of "adventure" and "exploration."

Crimson Desert is an open world action-adventure game currently in development using Pearl Abyss’ next-generation proprietary engine. Scheduled for release in winter 2021, the game tells the story of a mercenary fighting for survival in the vast continent of Pywel, with a focus on realistic depictions of characters and narratives.

Watch the new videos below and visit the official website for more information.