SEOUL, South Korea, April 9, 2021 /PRNewswire/ — Pearl Abyss announced today that the new Hero Durgeff Durkhan has made her debut in Shadow Arena. Players with this new Hero can now attack enemies from afar using the boomerang filled with a dragon’s breath. 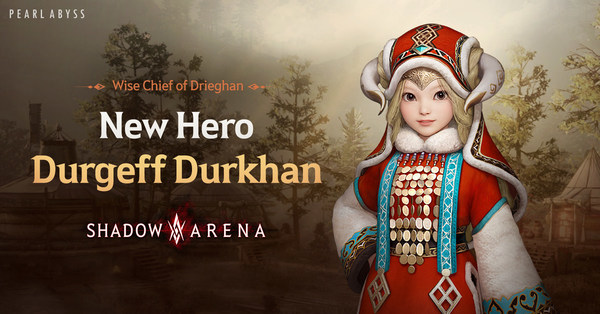 Durgeff Durkhan is a dealer-type character who has the ability to inflict significant damage to her enemies with the weapon’s wide attack range. Using the boomerang, she can attack enemies from afar and cause damage over time.

The new Hero has four unique skills including Fire-rang, which allows players to attack their opponents by throwing the burning boomerang forward, and Thaw Winter, a skill that summons a burning boomerang and inflicts Burn Damage over time.

Last but not least, the matching system has also been revamped. The updated system will allow new players to be separated from existing users until they become more experienced in the battlefield.