JAKARTA, Indonesia, Jan. 19, 2021 /PRNewswire/ — Nestlé, one of the world’s leading food, nutrition, health and wellness companies, has formed a new partnership in Indonesia with Plug and Play, a global innovation platform headquartered in Silicon Valley in a bid to drive its innovation efforts across Southeast Asia. 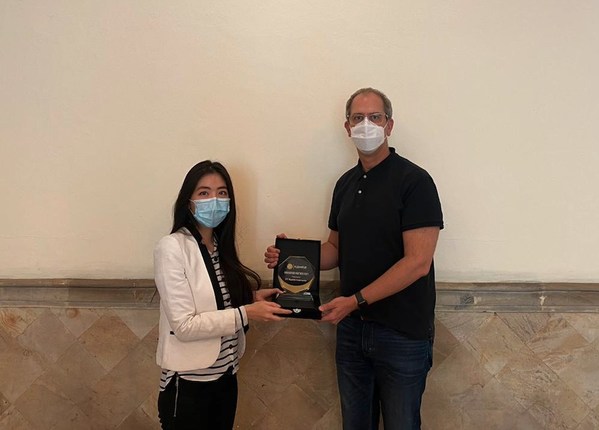 (From left) Mercy Setiawan, VP. Corporate Relations of GK-Plug and Play, and Guy Kellaway, Communication Director of Nestle Indonesia, in the handover of a collaboration token between Nestlé and GK-Plug and Play on December 21, 2020.

Through this partnership, Nestlé will be able to leverage Plug and Play’s innovation expertise and ecosystem of startups, corporations and investors, enabling the company to accelerate its innovation capabilities for future food technologies and solutions.

"I have witnessed the decline of many traditional and conservative companies because they failed to adapt to rapidly evolving industries. We are really proud that Nestlé Indonesia is partnering with us to embark on this pursuit of innovation and transformative excellence in the food industry." Halim Hartono, Director of GK-Plug and Play.

Plug and Play was invited by President Joko Widodo (Jokowi) back in 2016 to drive the country’s innovation efforts within its startup ecosystem. Since then, they have created a thriving ecosystem of like-minded innovators where corporations, startups, investors, and government entities can collaborate to drive further innovation.

This aligns with Nestlé’s objectives:

"For over 150 years, we have continuously focused on innovating our brands, products, systems and technologies in order to remain relevant, and competitive. We look forward to this exciting partnership with GK Plug and Play which will drive our innovation efforts in the region," Guy Kellaway, Communication Director of Nestlé Indonesia.

Plug and Play is a global innovation platform that brings together the most promising startups with the world’s leading corporations to drive investment, foster innovation, and secure collaborative partnerships across an array of verticals.

Nestlé joins Plug and Play with 6 other corporations in their GK-Plug and Play Program, including Astra International, Bank BNI, Bank BCA, ITM, Sinar Mas Group, and the Global Innovation Alliance.

Nestlé Indonesia is a subsidiary of Nestlé S.A., the world largest food and beverages manufacturer, having its headquarter in Vevey, Switzerland.  As nutrition, health and wellness company, Nestlé has been in operation over 150 years and present in 187 countries with its more than 2,000 brands that have similar purpose to unlock the power of food to enhance quality of life for everyone, today and for generations to come.

About Plug and Play:

Plug and Play is a global innovation platform. Headquartered in Silicon Valley, it has built accelerator programs, corporate innovation services, and an in-house VC to make technological advancement progress faster than ever before. Since inception in 2006, Its programs have expanded worldwide to include a presence in over 30 locations globally, giving startups the necessary resources to succeed in Silicon Valley and beyond. With over 30,000 startups and 400 official corporate partners, it has created the ultimate startup ecosystem in many industries. Companies in its community have raised over $9 billion in funding, with successful portfolio exits including Danger, Dropbox, Lending Club and PayPal. For more information, visit https://www.plugandplayapac.com