As the most widely accepted replacement for R-404A refrigerant in the supermarket industry, Solstice N40 provides significant energy and environmental advantages

HANOI and HO CHI MINH CITY, Vietnam, April 20, 2021 /PRNewswire/ — Honeywell (NYSE:HON) today announced that its Solstice® N40 (R-448A) refrigerant has been adopted by supermarket retailer Lotte Mart for use in its stores across Vietnam, making it the first supermarket chain in the country to adopt it as a R-404A replacement. Solstice N40 was previously adopted by Lotte Mart for use in its stores in South Korea in 2018. 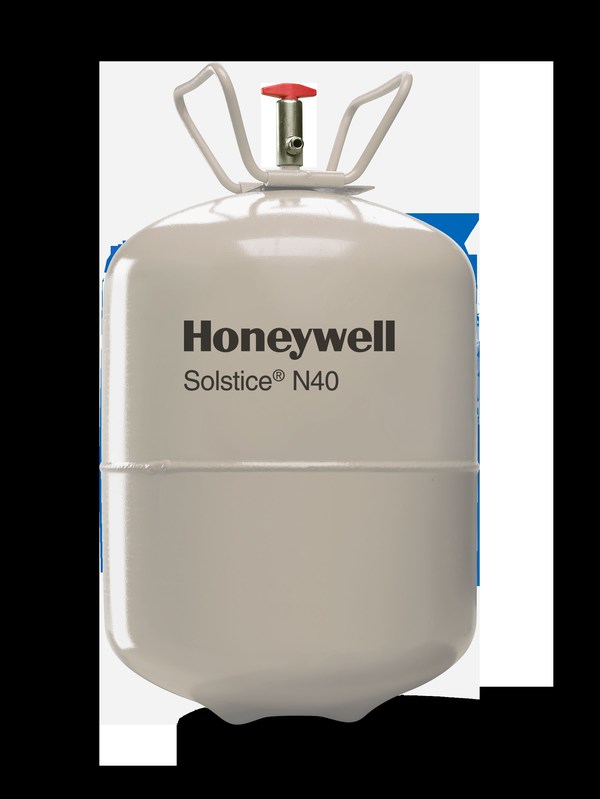 To meet hydrofluorocarbon (HFC) phasedown requirements in support of the Kigali Amendment, retailers are seeking alternative solutions that are reliable, practical and help reduce carbon footprint. Solstice N40 has become the industry’s most widely accepted, nonflammable replacement for legacy hydrofluorocarbons (HFCs) globally, with a GWP 65 percent lower than R-404A.

"As the first country in Southeast Asia to ratify the Kigali Amendment, Vietnam is seeking to adopt energy-efficient and environmentally preferable solutions to help reduce its carbon footprint," said Nguyen Van Hieu, senior Safety and Environment Manager, Lotte Mart Vietnam. "By converting to Solstice N40 refrigerant, Lotte Mart Vietnam will now be compliant with regulations and reduce overall energy consumption. We aim to achieve energy savings of up to 8% by 2025."

Based on hydrofluoroolefin (HFO) technology, Solstice N40 offers a GWP that is approximately 68 percent lower than legacy hydrofluorocarbon (HFC) refrigerants like R-404A. When using Solstice N40, refrigeration systems also consume less energy than their counterparts that cool using HFCs. In U.S. and European supermarket trials, in comparison to R-404A, Solstice N40 demonstrated an average of between 5 to 15% lower energy consumption in refrigeration applications. It can be used in new installations and to retrofit existing systems using high-GWP refrigerants like R-404A and R-507.

"As global demand continues to grow for reduced GWP, nonflammable and retrofittable refrigerants like Solstice N40, we’re proud to partner with Lotte Mart in Vietnam to deliver a high-quality, energy-conscious product," said Tom Liu, vice president and general manager, Honeywell Advanced Materials, Asia Pacific. "Through this collaboration with Lotte Mart Vietnam, Honeywell is reiterating its commitment to working with climate-conscious companies and brands that strive to incorporate solutions that reduce environmental impact."

Solstice N40 is the supermarket industry’s most widely accepted, lowest GWP, nonflammable replacement for legacy HFCs such as R-404A and R-22, globally. More than 30,000 stores around the world have adopted Solstice N40, which has been officially designated as "A1" by the American Society of Heating, Refrigerating and Air Conditioning Engineers (ASHRAE). R-448A is both non-toxic and nonflammable, and can be used in new installations and preexisting R-404A and R-507 equipment with certain system modifications.

Honeywell is a world leader in the development, manufacture and supply of refrigerants that are sold worldwide under the Solstice® and Genetron® brand names for a wide range of applications including refrigeration and air conditioning for buildings and automobiles. Honeywell and its suppliers have completed a billion-dollar investment program in research, development, and new capacity for Honeywell’s hydrofluorolefin technology. Worldwide adoption of Solstice products has resulted in the reduction of more than 200 million metric tons of CO2 to date, equal to eliminating the emissions from more than 42 million cars from the road for a year.

Honeywell recently committed to achieve carbon neutrality in its operations and facilities by 2035. This commitment builds on the company’s track record of sharply reducing the greenhouse gas intensity of its operations and facilities as well as its decades-long history of innovation to help its customers meet their environmental and social goals. About half of Honeywell’s new product introduction research and development investment is directed toward products that improve environmental and social outcomes for customers.

Honeywell (www.honeywell.com) is a Fortune 100 software-industrial company that delivers industry specific solutions that include aerospace and automotive products and services; control technologies for buildings, homes, and industry; and performance materials globally. Our technologies help everything from aircraft, cars, homes and buildings, manufacturing plants, supply chains, and workers become more connected to make our world smarter, safer, and more sustainable. For more news and information on Honeywell, please visit www.honeywell.com/newsroom.