BHUBANESWAR, India, Sept. 3, 2021 /PRNewswire/ — In an impressive achievement, Kalinga Institute of Industrial Technology (KIIT) Deemed University, Bhubaneswar jumped up 200 positions globally to be placed in the cohort of 801 – 1000 in the prestigious Times Higher Education (THE) World University Rankings 2022, announced on 2nd September 2021. It is a significant improvement from last year when it had achieved a rank of 1001+. KIIT’s performance makes it the No. 1 ranked university in Odisha and Eastern India. 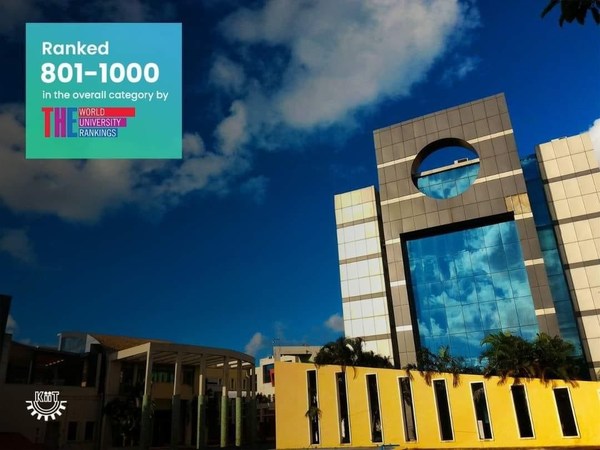 While KIIT, NIT Rourkela, Amrita Vishwa Vidyapeetham and Vellore Institute of Technology (VIT) share the same rank in this coveted and most-referred annual ranking of the global higher education institutions, IIT Bhubaneswar and Manipal Academy of Higher Education have been ranked 1000+. SRM Institute of Science and Technology has slipped to 1200+ rank, compared to its position last year. As a young university of only 17 years, KIIT’s performance is better than any other university in the country. It has also been achieving impressive positions in the rankings conducted by various Government bodies.

Expressing happiness over the development, Prof. Achyuta Samanta, Founder, KIIT & KISS credited combined efforts by students and staff for the achievement. "KIIT’s performance in the rankings is significant as it is a multi-disciplinary university with as many as 28 faculties. Had it been an institution offering only Engineering courses, it would have achieved much higher ranking," he said. KIIT’s consistent outstanding performance in global and national rankings is only due to the vision of its Founder, said elated KIIT staff.

The Times Higher Education (THE) World University Rankings is an annual publication of university rankings by Times Higher Education (THE). It is the only global university performance table to judge research-intensive universities across all of their core missions. Rankings parameters include teaching, research, citations, industry income, international outlook as well as number of students, number of students per staff, international students and male and female student ratio. The rankings are trusted by students, academics, university leaders, industry and governments all over the world. 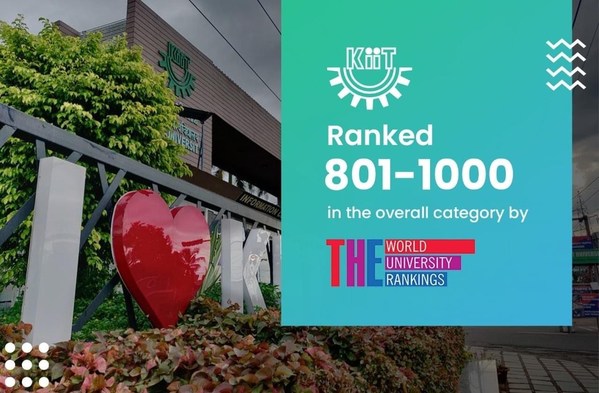