LOS ANGELES, Dec. 10, 2021 /PRNewswire/ — Uplive,the largest independent global video social entertainment platform with more than 260 million registered users from over 150 countries, today announced its second annual global live streamed singing competition, Uplive WorldStage. Formerly known as Singing for the World, WorldStage is judged by Emmy/Grammy award winner Paula Abdul and ranked by peer-voting. Last year’s competition drew over 4,000 participants from 20 regions around the world, and this year’s contest has expanded to over 150 participating regions. The grand prize includes a hit song and video produced by a Grammy producer, as well as a recording deal. The competition is the latest example of Uplive’s commitment to empowering creators with cutting-edge technology while providing a global stage upon which to showcase their talents. 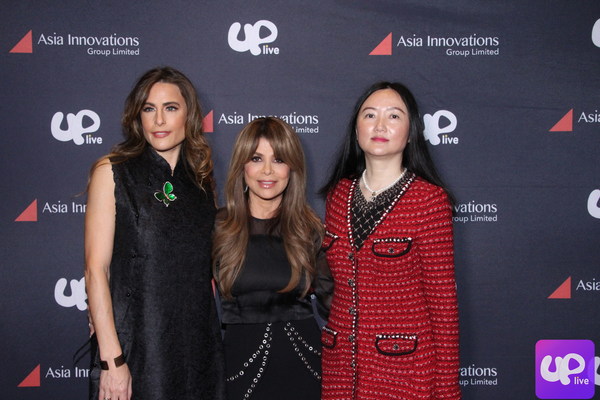 "I am thrilled Uplive invited me back for another exciting year of outstanding worldwide singers. I  was really impressed with the vast talent competing last year and I am sure it will be even bigger and better this year", said Paula Abdul, who will pick and crown the winner and coach the finalists. "Singing has been a passion for me, I enjoy sharing my experience with these young talented singers  and have a positive impact on their career and life ."

"Uplive continues to empower talent around the world, allowing artists to pursue their dreams while remaining connected to their roots," said Andy Tian, CEO of AIG. "The global reach and local relevance of Uplive WorldStage is made possible by the cutting-edge technology we deliver to our users, giving them a seamless digital experience that enhances artistic expression and entertainment."

The Uplive Worldstage press event held on December 7th at W Hotel also featured Abigail Posner, a public speaker, show host, cultural anthropologist and women executive from Google to share her personal experience of how technology platforms are enabling content creators such as herself to express their creativity through honest and  real authentic moments where people can truly connect.

The month-long competition will be streamed live 24 hours a day and will include head-to-head PK battles and a "party mode" where mentors, judges and viewers can participate. The top 100 finalists will receive talent host contracts from Uplive. There will be two top winners, one crowned by Paula Abdul as the overall winner and one "People’s Choice" winner crowned by other judges and viewers.

Both winners will receive $5000 in prize money, a virtual mentoring session with industry leaders, a recording contract, and a personalized song written by Grammy nominated producers. Winners will also have a chance to record at or join Uplive Boy Bands or Girl Bands in cooperation with KDS studios, which has produced albums for some of the biggest artists in the U.S. including Justin Timberlake, NSYNC, Usher, and Christina Aguilera. The competition starts December 7th, and more information can be found at https://www.upliveworldstage.com/2021.

Uplive is the largest independent global video social entertainment platform with more than 260 million registered users from over 150 countries. Launched in 2016, the video social platform rapidly expanded operations to include Asia-Pacific, the Middle East, North Africa, North America, Latin America, and other global hubs. Uplive allows video social hosts to broadcast to the world, sharing their talents and building connections in real time with users across the globe. Twitter recently recognized Uplive as one of the most influential international brands in 2019.

Asia Innovations Group (AIG) is a leading live social company with 470 million registered users located in over 150 regions worldwide. It has built a comprehensive and diverse portfolio as it seeks to achieve its mission of enriching people’s lives worldwide through innovative and enjoyable live social products, which foster meaningful human connection. In addition to Uplive, which allows video social hosts to broadcast to the world, AIG owns Lamour, the top dating app in global emerging markets. It includes operations in twelve offices around the globe that integrate local live social knowledge to foster individual market development and penetration. Focusing on major emerging markets, AIG leverages its track record of innovation, cutting-edge technology, a scalable global infrastructure, and global insights with local expertise to deliver user and shareholder value based on the most exciting growth opportunities in the live social marketplace.