Gerdau Graphene is a developer of graphene applications in the Americas, with operations across the chain; goal is to generate more value for customers and enter strategic sectors

SÃO PAULO, April 29, 2021 /PRNewswire/ — Gerdau inaugurated a new company today called Gerdau Graphene, which will develop and market products based on graphene applications. The Company, which will operate independently from the steel business divisions, is born with the mission of becoming the benchmark in marketing products based on graphene applications on an industrial scale in Brazil and with the focus on reaching global markets. Graphene’s benefits are derived from its mechanical properties such as reduced weight and friction, more efficient lubrication, and higher thermal and electrical conductivity, among others. 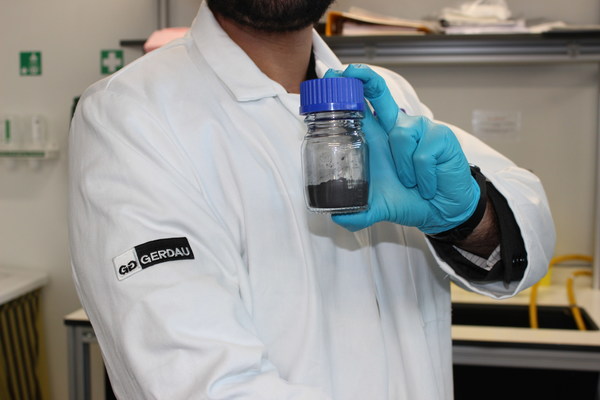 The new business unit is positioned as a major producer of graphene in the Americas. Headquartered in São Paulo and with a branch office in the United States, the Company plans to offer more technology to the construction, industrial and automotive lubricants, rubber, thermoplastics, paints and sensors industries in Brazil and countries across North America.

Gerdau Graphene is part of the portfolio of Gerdau Next, the new business division launched by Gerdau in the second half of 2020 to operate in new segments apart from steel, which account for a sizeable share of Gerdau’s revenues.

"Gerdau Graphene’s market entry is unique, thanks to its proposition of making graphene production on a large scale commercially viable. We are reaching the market with the unique advantage of being part of a solid group that enjoys high global credibility, but whose philosophy is based on open innovation in collaboration with multiple ecosystems. Our unique value proposition is to supply the market with graphene additives, boosters and plug-and-play solutions for our customers’ industrial processes. In other words, we will market both the product and the service and know-how in graphene, for which we have entered into strategic alliances with domestic and global partners. Finally, our first customer is Gerdau and its steel mills, which enables us to develop and test new products and solutions quickly and with the intimacy of application", explains Alexandre de Toledo Corrêa, Head of Gerdau Graphene.

"The launch of Gerdau Graphene is another strategic move by Gerdau Next towards diversifying the Group’s businesses to complement the steel chain and our customers’ businesses. We have already been working with graphene in Manchester, England, since 2019. Graphene is the strongest material ever found and is one of the best conductors, with numerous potential applications. Thanks to strategic alliances already established in this new business, we are confident that Gerdau Graphene will be an important player in the Americas", says Juliano Prado, vice president of Gerdau.

Initially, Gerdau Graphene will focus on the construction, industrial and automotive lubricants, rubber, thermoplastics, paints, batteries and sensors markets in the Americas.

Gerdau has been researching graphene for four years. In 2019, it entered into a partnership with the Graphene Engineering Innovation Centre (GEIC) at the University of Manchester, UK, to conduct research on graphene. At the time, the company joined a select global group of companies with exclusive space for research at the center, one of the global references on the subject.

To start a business unit with a strategic positioning and a broad reach, Gerdau Graphene already has strategic alliances with major graphene developers. In the Brazilian market, it has strategic partnerships in the automotive sector with Baterias Moura and SKF do Brasil to develop applications in energy storage, rubber products, composites and paints.

About graphene and its applications

Graphene is a nanomaterial consisting only of carbon, in which the atoms are connected to form hexagonal structures. In other words, just like diamond and graphite, it is one of the crystalline forms of carbon. Due to its unique characteristics, it has become the top electrical conductor, one of the best thermal conductors and one of the toughest and most resistant materials currently in existence. Its optical properties allow almost 98% of incident light to pass through and it is extremely flexible and waterproof.

For Alexandre de Toledo Corrêa, Head of Gerdau Graphene, graphene applications go beyond anticorrosive coatings and polymer composites for the automotive, construction, chemicals, plastics and rubber markets. "Setting up a business unit based on graphene for its multiple applications and the numerous opportunities for innovation is aligned with the DNA of Gerdau, which is constantly reinventing itself. Due to its small size, graphene provides us with a visionary and additional business dimension. Gerdau Graphene kickstarts its operations as a consolidating hub for the entire chain and for ongoing research in Brazil and around the world to accelerate and facilitate its application in the processes and products  of our customers," he added.

Corrêa also states that the new company will propose solutions and applications for Gerdau’s existing customers and suppliers, generating synergies between future graphene operations and existing sales, procurement and technical application channels. "By relying on the entire Gerdau structure, we will ensure efficiency, excellence and speed, in this initial stage, in the deliveries with the partnerships we are entering into."

Gerdau Graphene is a company launched by Gerdau through Gerdau Next, its new business arm. In 2021, Gerdau Graphene started to focus on the production, development and sale of products based on graphene applications, in Brazil and the Americas, in order to generate more value for its products and customers based on the mechanical properties offered by the nanomaterial. To learn more, visit www.gerdau.com.br/graphene.

About Gerdau, a 120-year-old company

Gerdau is Brazil’s largest steel producer, one of the leading producers of long steel in the Americas and of special steel in the world. In Brazil, it also produces flat steel and iron ore for its own consumption. In January this year, it completed 120 years of a history marked by strength, and contribution to the development and legacy for a society in constant evolution. Guided by its proposition to empower people who build the future, the company is present in 10 countries and has over 30,000 direct and indirect employees in its operations. Gerdau is the largest recycling company in Latin America and uses scrap as an important input: 73% of the steel it produces comes from scrap. Every year, Gerdau transforms 11 million tonnes of scrap into a variety of steel products. Gerdau’s shares are listed on the São Paulo (B3), New York (NYSE) and Madrid (Latibex) stock exchanges.