SEOUL, South Korea, Nov. 25, 2020 /PRNewswire/ — Pearl Abyss announced today that a new powerful item and an event have arrived in Black Desert Mobile. This update will allow Adventurers to make their characters even stronger while also offering a great discount on in-game items. 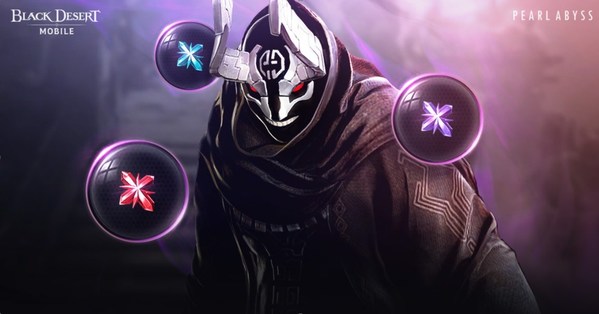 Dimensional Crystals are now available in Black Desert Mobile. Adventurers can craft these crystals in the Alchemy Lab or by going to the Craft menu. They can then be equipped on gear for more power. Items required to craft these crystals are also available. One of these items, called Dimensional Fragments, can be obtained by feeding the Black Spirit Abyssal-grade gear and in the Field of Valor.

The Field of Valor has re-opened to allow Adventurers to increase their strength and obtain materials to craft the new crystals. Materials such as Dimensional Fragments, Abyssal Crystals, and Cron Stones will be dropped as rewards for defeating monsters in this mode.

As the most fruitful season of the year arrives, Black Desert Mobile is celebrating this special time by opening the Black Friday Shop. Until December 7, Adventurers can get up to 90% off on items including Ornaments, Outfits, and Pets in the Pearl Shop.

Last but not least, Adventurers from all platforms are invited to the Calphe:ON Ball, an online event that will be held on December 5. The event will be broadcasted live and reveal exclusive information about the world of Black Desert. Various programs and activities will also take place to allow Adventurers across the world to participate and receive rewards.