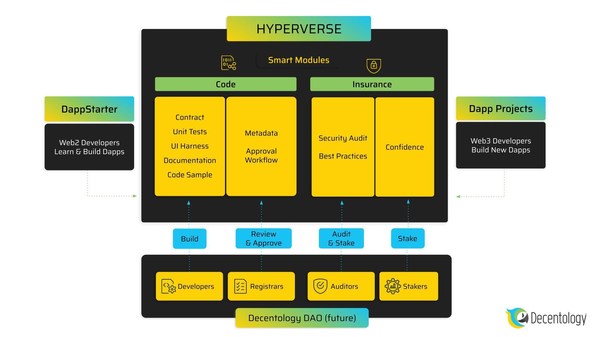 In addition, Decentology announced its plans for transitioning to a Decentralized Autonomous Organization (DAO) that will use a community governance model to manage the future growth and development of the Hyperverse.

"We have a bold vision to expand our innovative solutions for smart contract development, discoverability, monetization and security with the Hyperverse as we onboard the next 10 million Web 2.0 developers to Web 3.0 with the support of our community," said Nik Kalyani, Decentology co-founder and CEO.

The Hyperverse uses "composability," which makes it possible for smart contracts already deployed to a blockchain to interact with each other. Decentology has built a standard set of interfaces that enable developers to easily compose new applications by connecting existing "smart modules" which are single-purpose smart contracts. This makes decentralized app development simpler, faster, and cost-effective.

"We’ve long believed composability between dapps will be the multiplier effect for innovation to compound at a rate never seen before. It’s very exciting to see amazing applications on Flow like the Hyperverse bring a new wave of mainstream developers into our space through a new incentive model," said Mickey Maher, SVP of Partnerships at Dapper Labs.

Additionally, the Hyperverse introduces an innovative, per transaction monetization model for developers, similar to the models used by cloud providers such as Microsoft Azure and Amazon AWS.

"Decentology’s novel method of introducing monetization for developers of decentralized apps we believe is a game changer for the adoption of blockchain and have the conviction that they are poised to win," said Marat Mukhamedyarov, Founding Partner at Good News Ventures.

The marketplace will also leverage skilled auditors from the Decentology community to audit "smart modules" indicating their confidence in the module’s security by staking tokens.

"Staking by auditors to communicate trust in Open Source code is a new approach to security," Kalyani said. "It adds an insurance layer that signals which modules can be trusted by customers."

"Composability of smart contract features along with decentralized security auditing is the next frontier of blockchain development. We are excited to welcome the Hyperverse platform to the Algorand ecosystem," said David Garcia, CEO and Managing Partner of Borderless Capital.

Decentology has already developed the Hyperverse architecture in collaboration with its community. It plans to use the seed capital to add Flow, Algorand and Ethereum blockchains to the Hyperverse. Additional chains will be added following a future token sale.

Decentology is the innovative company behind Hyperverse, the open, composable smart contracts marketplace that makes it easy for developers to discover, build and monetize web3 applications. Hyperverse is the evolution of DappStarter, Decentology’s blockchain-agnostic code generation platform for web2 developers. Founded in 2019 in Mountain View, California, the company employs a global team with a mission to onboard the first 10 million developers to web3. To deliver on its mission, Decentology partners with some of the leading blockchains in the industry, such as Flow, Algorand, Avalanche and Conflux. More about Decentology at: www.decentology.com 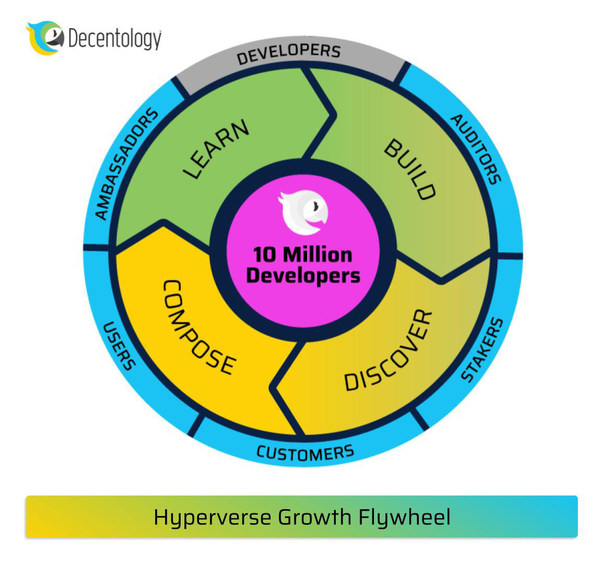