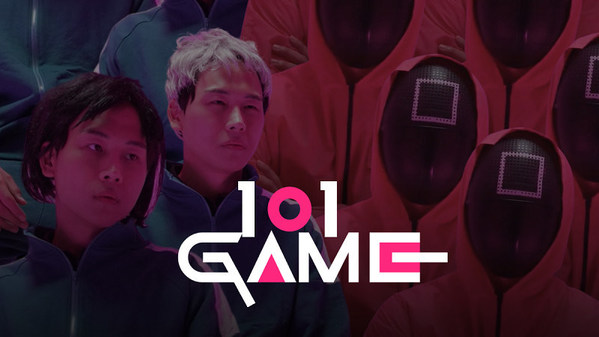 CLASS101 Announces the Global Release of the “101GAME” Class

The class will teach how to win in the traditional South Korean games of DALGONA and DDAKJI that have been made popular around the world by the hit show.

Choonghyun Cho is the host of the class, whose witty and impeccable impersonation of South Korean TV and movie characters has made him a hotly emerging star on YouTube. Cho’s recent videos parodying "Squid Game" have been especially successful, amassing millions of views globally.

In the first half of the class, Cho will show how to make a perfect DALGONA (an old-fashioned South Korean honeycomb sweet) and demonstrate the delicate art of plucking out the shape inside the candy.

The second half is all about the DDAKJI game, in which class takers will learn how to fold a paper tile and throw it to flip over those of their opponents on the ground. Cho’s personal tips and tricks for strategizing both offense and defense will turn beginners into masters of the game.

Given the international interest in reenacting the games from the show, CLASS101 is presenting the "101GAME" class in the broadest-possible manner by offering it for free in three different languages (English, Korean, Japanese) on both its domestic and global platforms. To celebrate the release of the class, its U.S. platform held a sweepstakes where 140 winners will be getting a free DALGONA-making kit. The sum-total experience of the class will offer a unique opportunity for people around the world to enjoy firsthand the latest sensation from the country whose recent cultural contributions also include BTS and the movie "Parasite."

"With the unprecedented success of "Squid Game" across the globe, we saw the need to create a hands-on experience of the games featured in the show and make it available to a global audience," said Grit Han, the USA Lead at CLASS101. "CLASS101 will continue striving to produce a wide array of fun and innovative learning content that can be enjoyed anytime, anywhere."

Founded in 2018, CLASS101 is the market leader in the online learning industry in South Korea. Domestically, the Seoul-based company offers more than 2,000 classes in art, crafts, cooking, language, technology, professional development and more. It also provides about 230 classes in the U.S. and around 220 in Japan. The combination of its exciting teaching talents and the unique service of delivering all the necessary tools to doorsteps have attracted more than 3 million registered users worldwide. In turn, CLASS101 is endowing its 100,000+ registered Creators with an opportunity to monetize their skills and knowledge, to whom the company has paid more than $50 million. (Note: All figures as of September 2021, unless noted otherwise)