TAIPEI, Jan. 18, 2021 /PRNewswire/ — With the current rampant tampering of images and proliferation of fake news and disinformation, one cannot easily tell if an image is real anymore. Numbers Protocol solves this by providing tools to help users create tamper-proof records of media content. Numbers Protocol, the only company in Taiwan certified by both OpenChain 2.0 and MyData Operator, was recently selected by Taiwan Tech Arena (TTA) as one of the 100 startups from Taiwan to be showcased at CES 2021. 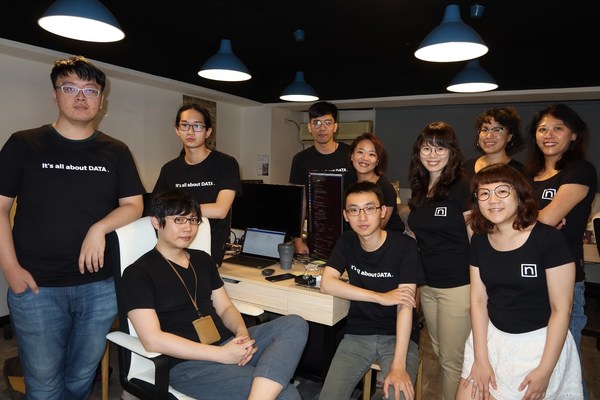 Numbers Protocol, the only company in Taiwan certified by both OpenChain 2.0 and MyData Operator, was recently selected by Taiwan Tech Arena (TTA) as one of the 100 startups from Taiwan to be showcased at CES 2021.

"Addressing the ‘seeing is no longer believing’ dilemma is the top motivation and priority of Numbers. We developed an image traceability framework that includes Capture, Seal, and Trace," says Tammy Yang, Founder and Co-CEO of Numbers Protocol.

The company built three products within its traceability framework. The Numbers Capture app records the birth information of an item of media content at the point of creation and generates a certificate with a unique signature.

Numbers Seal API uses blockchain technology to seal that item’s birth information and change-logs with immutable records. Numbers Trace API and dashboard service tracks the asset content footprint at every level from creation to archive, and plays an integral role in reducing the effort required for verification. All media content created using Numbers Capture comes with a unique certification ID. When this content is shared, viewers can scan a QR code to review and verify.

Users operate Capture like any other mobile camera application. When a picture is taken, the app will automatically record the time, location, photographer, and other metadata to create a unique birth certificate for image traceability.

An additional feature of the Capture app is the PostCapture function, which allows users to generate unique digital image "postcards". These postcards are digital assets that users have full ownership of, ensured by the blockchain. These assets can be shared and, like any postcard, the ownership may be effectively transferred. We hope that Capture App’s PostCapture feature can help to reinstate uniqueness and value to original photographic works.

Numbers Protocol has always worked to protect the privacy of users while they use their phones. For instance, the company developed an app that helps track COVID-related symptoms of patients while preventing cloud collection.

As one of the only three MyData operators in Asia, Numbers helps users own their own data and regain control of their personal data. Most of the products created by Numbers Protocol are open-sourced, bringing additional transparency to users.

A Team that Shines

Numbers Protocol is led by Tammy Yang who earned her PhD in Physics from the University of Manchester, Institute of Science and Technology.  Yang earned her bachelor’s degree in Physics from National Taiwan University. Prior to founding Numbers, Yang was a co-founder and deep learning researcher at DT42, a technology company focused on AI & deep learning, where she researched algorithms to make deep learning models lighter and faster. She was also a data scientist for Viscovery, an artificial intelligence company focused on providing Vision AI solutions using the latest computer vision and deep learning technologies.