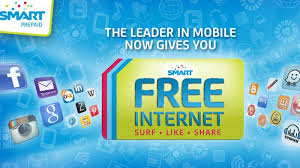 Of course you will eventually use up your 30mb in one day if you repeatedly use the said mobile apps, so that is one thing that you have to consider. Anyway how much of the social media apps can you actually use in one update? Here’s a little run down:

1. Facebook App – updating your facebook app to see the most recent posts on your news feed will use up data on a range of about 50kb to 200kb depending on how often you update or how much updates are going to be shown in your newsfeed. Expect a low 50kb data usage if you only have about 2 to 5 updates in your newsfeed but expect about 200kb if you do not update in a while and lots of updates are going to be downloaded in your Facebook app. But for a 30mb a day that will already amount to a lot if not ample amount of download.

2. Twitter App – since the updates on twitter happens so fast that you will be downloading several posts in one update, several dozens of posts to your update would mean about 7okb on your data usage. Which is again fairly small especially if you really are not into using twitter that much.

3.  Foursquare – an update on foursquare may cost you 180kb of data because of the fact that it uses a geolocation feature to accurately pinpoint the different nearby coffee shops and other significant places near your current location.

4. Instagram – for the photo uploads and browsing of photos it might eat more of your data, uploading photos would range from about 80kb to 150kb depending on the size of the photo of course. Still, 30mb would mean a lot of photos uploaded.

5. Google Maps – one of the most important app, for us at least, because of the amount of travel that we take going to different places. For those who are lost, you can use your Free Mobile internet from SMART to find your way back using Google maps as it only utilizes about 150 to 200kb of data per location searched. If you are using Google Maps for your navigation (sort of GPS) an approximation of 150kb of data is used per minute.

6. Music Streaming – you have several app choices if you want to play some music, some of the popular choices are SMART’s own Spinnr app and the other one is the Google Music app. The data usage is not clear on this as the music size varies but 30mb could get you as far as 1hour of music.

30Mb/day for an average mobile internet user is ample enough to post updates on their timeline among others, of course 30mb per day is not enough if you are using mobile internet heavily. So is 30mb enough? that would depend on the user.

One more thing: The 30mb Free Mobile Internet does not include peer-to-peer uploads and downloads, videos, VOIP and messaging, using your mobile data for these services would mean you will be charged for it.