SINGAPORE, Nov. 3, 2021 /PRNewswire/ — BuzzAR, a recognition tech company in Singapore run by game veterans, Ken Lim and Bell Beh, is transitioning to join Facebook (or Meta) in the co-creation of a metaverse ecosystem. Today, it announces that it has acquired The Cooking Game VR, a Facebook Oculus Spotlight virtual reality (VR) simulation game. 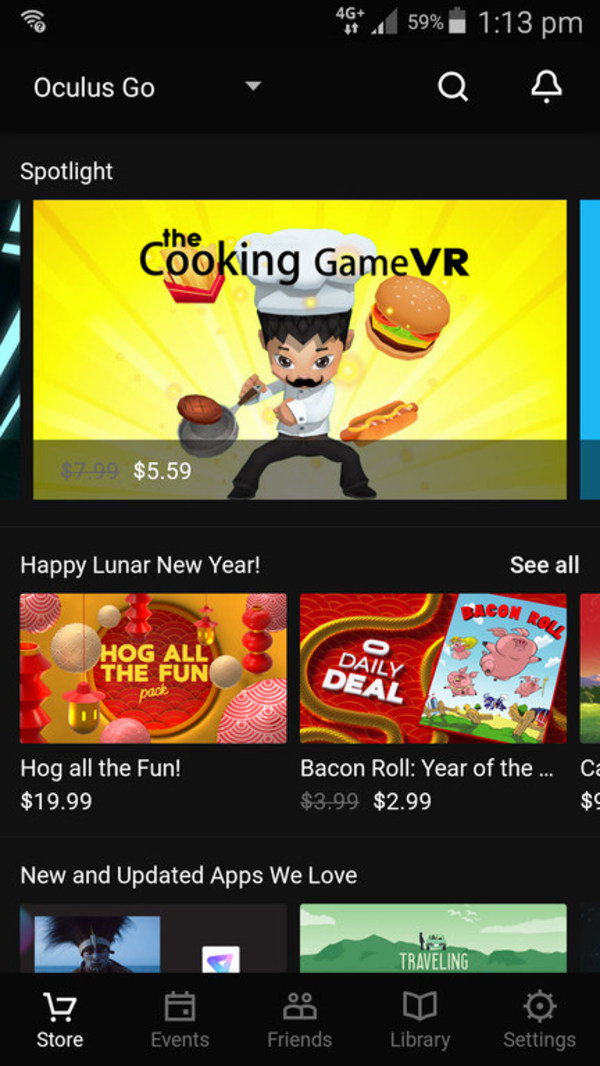 Following BuzzAR’s recent raise, this acquisition underpins the startup’s strategic priority to accelerate its metaverse vision in the APAC region. The Cooking Game VR will retain its name and platform, but the team will migrate to assist BuzzAR to co-create the metaverse from APAC to the world. Gaming veteran, Ken Lim joins BuzzAR with the business asset to bring forth the metaverse in APAC

The partnership reflects BuzzAR’s deep commitment to reimagining the "metaverse" experience as a pioneer that has built online gaming, VR, augmented reality (AR), and user generating content (UGC) since 2015. Its UGC platform, through its proprietary Avatars engine, has recently launched HappyToon whose active users in 120 countries have generated over 1 million Toon photos and videos in 2 months.

The Cooking Game VR team is led by CEO Ken Lim, a gaming industry veteran and the co-owner of BuzzAR with a track record of 20 years of success in gaming and marketing. He comes with a proven track record of building omni-channel games from scratch in all formats online, apps, VR, and AR combining his experience to co-create the metaverse industry. So far, Ken has published over 20 games, which have 20 million players across all platforms, without raising any external funding.

"We are excited to acquire the whole business asset from the Cooking Game VR team and team up in our mission to empower the world to create. One of our UGC platforms, HappyToon has seen lots of interest, UGCs from women, predominantly Gen Z. The Cooking Game VR serves the same target audience, i.e. women, gamers, creators, especially amongst the Gen Z", said Bell Beh, Co-founder and CEO of BuzzAR.

"We see immense opportunity creating new kinds of games to expand the available genres and cater to as broad an audience as possible in what has been predominantly a male dominated industry. Most of all, we see this acquisition as joining forces to accelerate our shared vision of co-creating the metaverse industry for all genders," said Ms. Beh. "From day one, I’m thankful that my education at UC Berkeley, major in Law and Technology, taught me to create a strong intellectual property (IP) focused company, which is why we have focused on acquiring, creating strong IPs including patents, acquiring tangible and intangible assets, and incorporating privacy features into the business assets to ensure the long-term success of the company."

"We come a long way since the early days of VR, we see the potential to entertain, to educate, and to play since 2015," said Ken Lim, who has also joined Bell Beh in co-creating the metaverse since 2018 when Bell began her startup, BuzzAR, from her UC Berkeley’s dorm room.

"This long-term partnership marks an official milestone in the metaverse vision which originated in 2015, when I first served as the VR model for the Cooking Game VR, I have experienced first-hand the endless possibilities within the spatial computing world, or as it’s now known, the metaverse now. The Cooking Game VR received multiple accolades including being featured on the Machinima Live channel. Machinima is an American online entertainment network owned by WarnerMedia.

We come together to make the ecosystem stronger, as we believe that the metaverse does not belong to Facebook (or Meta). Together, we can co-create, reimagine how we connect, delight, and entertain one another. The startup under the leadership of Ms. Beh has signed multi-year contracts with several Fortune 500 companies in Singapore and China. The company received the Eureka Label for its digital twins’ technologies, we focus on delivering a top experience from gamified wayfinding to avatars.

The startup’s medium-term game plan is to acquire another 5-8 indie games, IPs to form a convergence portfolio within the metaverse ecosystem, which is online gaming, VR, AR, UGCs, digital twins and social networking. Being one of the pioneers in online gaming, VR, AR, UGCs, and digital twins in APAC, as of today, we have mainly bootstrapped, built and published the proprietary elements within this metaverse jigsaw puzzle from APAC, the company has entered the next phase which it looks for more partners to co-create the Metaverse Gaming.

The acquisition and partnership with The Cooking Game VR mark the first endeavour to enter the US$ 800 billion industry.

"This is only the prologue to many great things", Ms. Beh said.

Founded in 2015, the founders started a game studio, PlaySpiritGames publishing games in all formats online, apps, VR, and AR. In 2018, both founders came together to form their second venture, BuzzAR. BuzzAR is a location-based AR solutions for retail and commerce based in Singapore. It also has launched its avatar engine, HappyToon App for mobile users as an easy to use photo editor that convert selfies and photos into animated avatars, cartoon videos. Their vision is to augment places and faces, connecting the next billion users to co create in this little universe of ours, this is where Memes meet the Metaverse.