The second press conference of the Beijing E-Town Release took place on July 22 to announce the economic operation of the Beijing Economic and Technological Development Area (BDA) in the first half of the year. 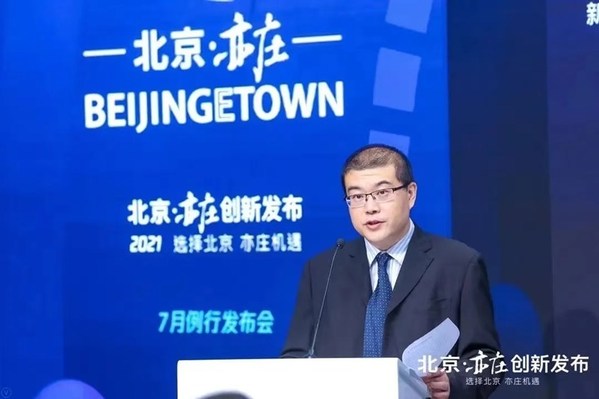 Wang Wenyong, deputy director of the BDA’s Economic Development Bureau described the economic operation of the BDA in the first half of the year [Photo/kfqgw.beijing.gov.cn]

Meanwhile, industrial profits are increasing rapidly. From January to May, the profits of industries above designated size reached 55.6 billion yuan, a 2.3-fold year-on-year increase.

The operating income margin was 13.9 percent, an increase of 2.2 percentage points compared with the same period in 2019.

On the same day, the BDA also released a list of corporate innovation and a list of growth target investments.

The list of corporate innovation focuses on releasing the needs of innovation achievements transformation, technical cooperation and project docking of enterprises to help them find partners.

The content of the list covers 13 innovative technology products of seven key enterprises in the four leading industries.

At the press conference, the BDA Branch of the Agricultural Bank of China Co., Ltd. Beijing introduced exclusive financial services for science and technology enterprises as well as for small and micro enterprises.