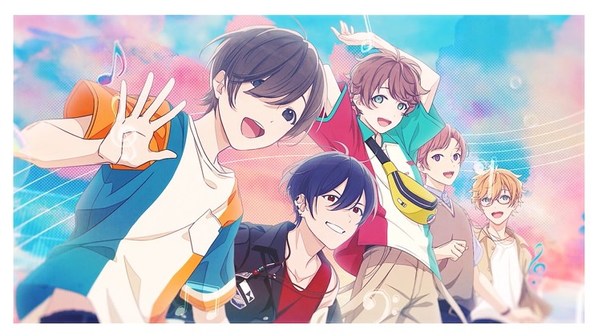 KLab Inc., a leader in online mobile games, announced the release of the new “aoppella!?” project original song “Kiseki no Uta” on the official YouTube channel on Monday, August 23. In addition, the J-Pop cover song “Neko” released on Thursday, July 29 has reached over 1 million views.

The newest "aoppella!?" original songs part 2 music video for "Kiseki no Uta" premiered on Monday, August 23. Lyrics were written by Katsuhiko Sugiyama and the song is performed by the Otowa High School a cappella group Lil Happy.

"Kiseki no Uta" has a refreshing and rhythmic melody. The lyrics include the message "So long as I’m with you, I can do it (We can overcome this)", it is a youthful song that cheers you on. Listeners will be drawn into the resounding chorus singing "LA LA LA LA stand by you".

The music video was created based on the image of the characters practicing on the rooftop in preparation for the culture festival and their first a cappella competition. Also, the "aoppella!?" students appear in casual clothes for the first time in this music video. Enjoy a charmingly different look for the students in these new outfits.

If you feel like you don’t have the courage to move forward, or if you’re feeling down, please listen to the new "aoppella!?" song "Kiseki no Uta" to help cheer you on.

The music video for the "aoppella!?" J-Pop cover songs part 2 "Neko" by DISH// premiered on Thursday, July 29 on the official YouTube channel and has reached 1 million views (currently 1.18 million). The cover adds an a cappella-arranged spin to a song many people are familiar with.

The music video world shifts from sunset to the night sky filled with fantastic shining stars created by the enchanting singing of the voice actors. Be sure to check it out.

"aoppella!?" is KLab’s latest original multimedia music project built on the themes of "youth" and "a cappella"!