Users from around the globe have been reporting earlier that YouTube is down. The reason is still not out there, but reports are coming in, and it’s coming fast. This is a highly unusual event for one of the most famous sites in the world. As of this morning, YouTube hasn’t said anything in particular about this current problem, what we know is that they are already working on it. YouTube had its fair share of brief issues in the past but being down at this duration is odd.

Youtube hasn’t reached the root of the problem yet, but active engagement on twitter lets the people know that they are working on it. 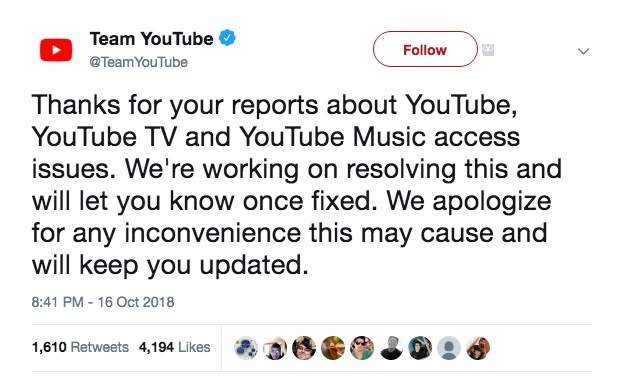 The errors you were likely to see earlier today were a Blank Screen, a Black Screen when Loading YouTube, a 500 Error, & an Invalid Response Error.

As of this moment, the site is already running. Knowing Google, with their “Team of Highly Trained Monkeys,” they may have already dispatched a team to deal with this as we speak and to give us updates after they have totally resolved the issue.